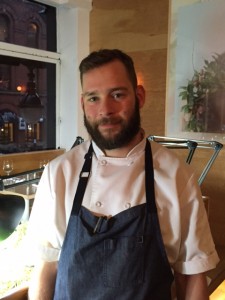 Calgary-born Chef Rogers had his first job when he was 16 working in a café/bakery making sandwiches. After high school he worked in the restaurant industry as an expediter and quickly crossed into the kitchen of that same restaurant working his way up to a Sous Chef. From there after opening a restaurant as their chef, he joined Madisons Café working his way up to head chef. He then took a step backwards joining Ric’s Grill as a line cook working his way up to Sous Chef while there for 2 years where he ended up writing the feature menus for the company. He then wanted to find the hardest restaurant in Calgary, and worked at Muse. Next he was on to the Red Door Bistro where he started as a Line Cook and worked his way up to the Sous Chef, River Café was next for a year, then after taking a year off he worked as the GM for 8 months at the Fresh Kitchen. Then he got a job as the Head Chef at Home Tasting Room, while he was there he applied to Top Chef Canada. After leaving Home Tasting Room he was offered an Exec Chef position at a new restaurant where he got to make all of the food and he started there right after Top Chef and the 1st episode aired. The restaurant was an instant success and they sold out every night. One day soon after leaving that restaurant he was doing a Visa Infinite dinner in Banff, he ended up running into his friend Trevor Bird and that conversation resulted in his moving to Vancouver to become the Chef de Cuisine at Fable Kitchen where he worked for over a year. After a brief trip back home to Calgary he got a call from Blacktail in Vancouver and he has been the Executive Chef there ever since to this day. 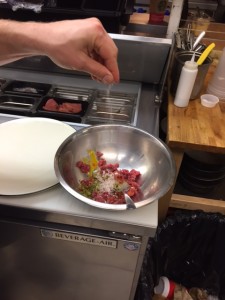 What drives you to make the restaurants you work at happen?

An idea of what a good restaurant should be. It is enjoyable to be a chef to do things, to make the restaurant cooler. Create excitement to do the right things. 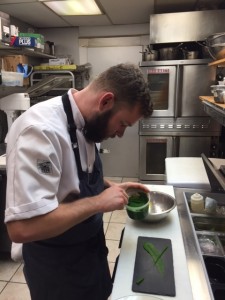 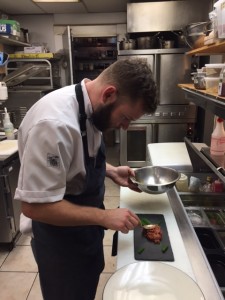 You grow your own herbs in your restaurant, how did you put the urban cultivator in the restaurant?

I wanted the cooks to have the inspiration to water and take care of it, also to put some ‘green’ into the restaurant at Blacktail. Some actual elements of nature. I brought in Victory Gardens to set-up the cultivation of micro-greens they managed to set it up and running, we are now growing wheatgrass as well.

What is your view of Plant Based cuisine?

It is good food, I personally don’t eat a lot of meat, it’s mostly vegetarian for me. On the other hand, I am cooking what the people want to eat. I am in Gastown and we have to give them what they want which is meat forward, however I do try to add as many vegetarian dishes as I can. 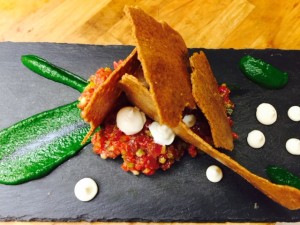 Just to use Bison and doing it rare was the final idea and being delicious. 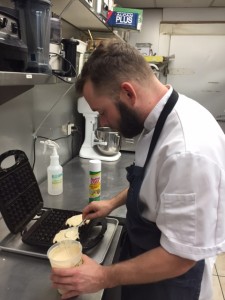 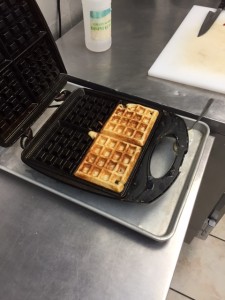 What are your favourite Food to eat? 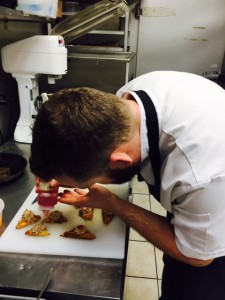 What is your personal daily diet? 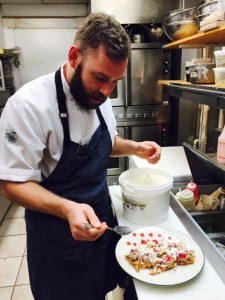 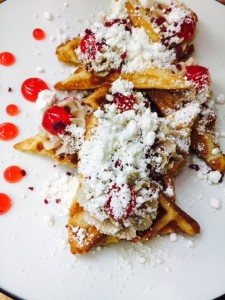 Trying to be creative take the chicken and waffle idea and flip the idea to a mousse, brown butter, then jam, redone and using technique. 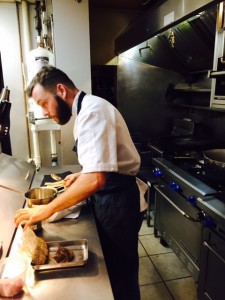 What are your favourite restaurants to eat outside of Vancouver? 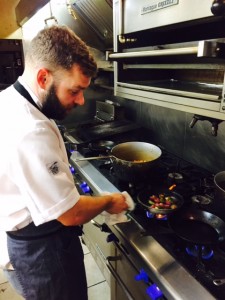 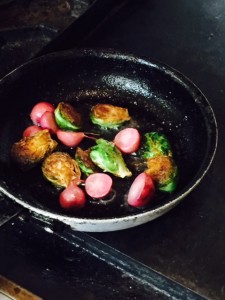 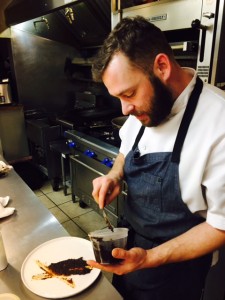 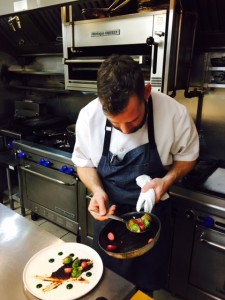 What is your view of Colour on the Plate?

Product of what we are using, think about the flavours first, then I intensify it which ends up using and making and colours. Vibrant plating looks good. 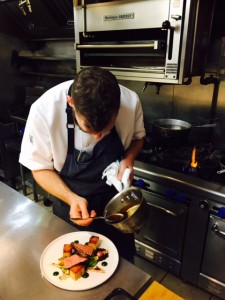 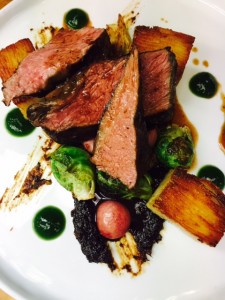 I did a Top Chef Canada dinner at Fable Kitchen and I did a short rib dish, I wanted to use simplicity, not simple.

Do you have any formal culinary training?

No, it is all based on experience, I learned from so many of the greatest chefs and the hardest working people. 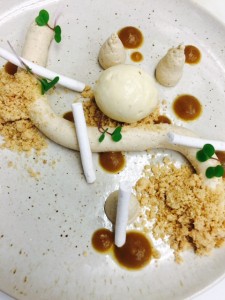