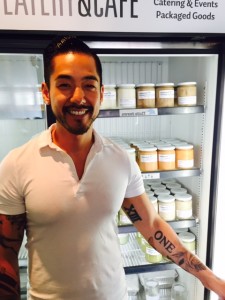 Andrew attended culinary and pastry school in 2011 at the Northwest Culinary Academy. His first job after graduation was as Pastry Chef and bread baker at La Quercia and La Ghianda in Kitsilano. After that he worked as a Sous Chef at Cadeaux Bakery in Gastown. He then joined Chau Veggie Express as the Pastry Chef and has been there ever since. 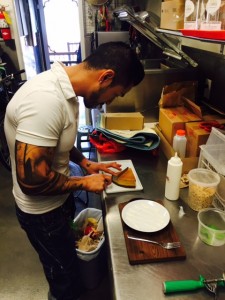 It never even crossed my mind, though as a teenager I did some baking just for fun.

There seems to be a common thread in what I do. I like the classics, and I am trying to reinvent the classics currently. Slightly twisting the desserts people are familiar with.

A lot of it comes from memories, many flavours and ingredients are from my mother who cooked Vietnamese while I was growing up. I try to bring them back in a modern form. 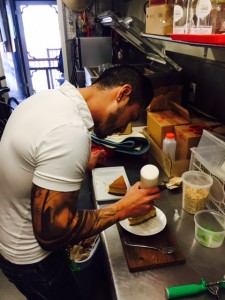 How would you describe your style of desserts/cakes at Chau Veggie Express?

Classics in a modern way with Asian flavours. I am currently using SE Asian Flavours as well as Japanese. 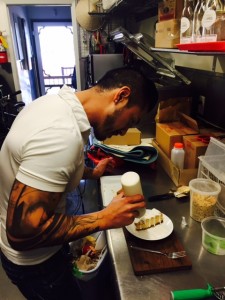 What is your favourite Pastry Shop in Vancouver outside of where you work? 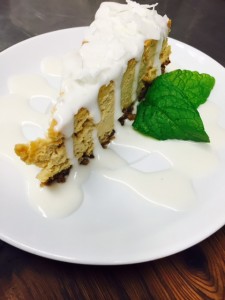 I imagined this when I was going to culinary school. I love cheesecake and the coconut crème was an ingredient to use. 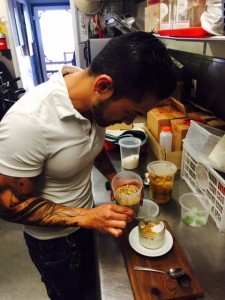 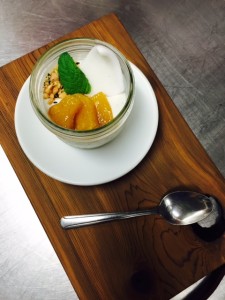 As I was growing up, reminded me of things that I ate (Vietnamese), using almonds instead of peanuts, and I love tapioca.

What types of dessert oriented products have you been designing/creating? 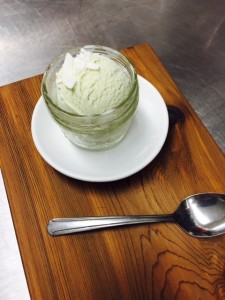 I grew up eating Pandan, and I always loved the flavour of it. This Pandan flavour is one of my favourites and adding the kale adds a modern twist.

What are the most unique flavours of Vegan Ice cream you have ever made?