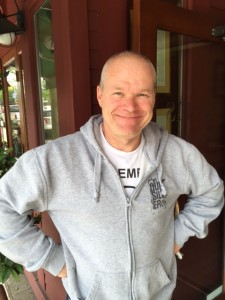 For my Sixty Fourth brunch in this series, I was joined by Uwe Boll who is an a Film Director, Writer and Producer over Brunch at Bistro Pastis in Vancouver.

Uwe Boll was born in Wermelskirchen, Germany. He studied at the University of Cologne and the University of Siegen, and holds a doctorate in literature. He is a Film Director, producer and screenwriter based in Vancouver, Canada, whose work includes several films adapted from video games, he has made over 35 feature films in his career thus far. He has produced his own films through his Boll KG and Event Film Productions production companies. Uwe has gone into the restaurant business and has just opened Bauhaus Restaurant in Vancouver.

How did you get in the film business and become a Director, Producer and Writer?

Since I was 10 years old, after seeing Marlon Brando’s “Mutiny on the Bounty”, I had an interest in getting into the movie business. I made super 8 mm films with a friend who wanted to be a Director as well. I went to Austria to film school, but they didn’t even have cameras, so there was nothing there where I could actually made movies with.  I left the school after 2 months.  In 1990/91 I made “German Fried Movie” for $50,000 a comedy and it made money in the theatres. A company gave me the money to make my 2nd film. After 4 films in Germany I wanted to make films in the USA, and that finally happened in 1999 – but the Los Angeles Company shot the movie with me in Vancouver. This is how I came here.

Where did the idea for Rampage come about? And will it end with Rampage 3 or is it set to become a series?

How did you get into making films based on video games?

I made “Heart of America” in 2002, I was approached by a company who had made (House of the Dark) from Sega. They had made 200 hundred million with the game sales, I was asked to make a movie based on the game. Then financiers came along wanting me to make movies based on video games.

How did you end up moving to Vancouver?

One of the films I was working on was filmed in Vancouver, I then met my first wife to be here. In 2005/06 I was back in Vancouver where I met Natalie (my 2nd and current wife) and have pretty much stayed here, officially moved here in 2013.

You have just opened Bauhaus Restaurant in Vancouver, tell our readers how that came about and what they can look forward too

I am a big foodie, I cook and travel a lot, I wanted to bring high end European cuisine to the city. To have constant good food going with the seasons. It’s a new adventure opening a restaurant, having Chef Stefan Hartmann arrive from Berlin early while the restaurant was under construction gave us time to source suppliers, products and to cook a lot together. 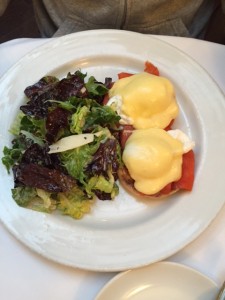 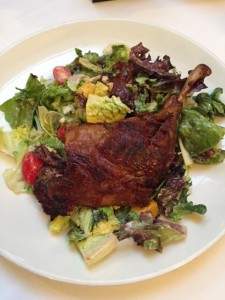 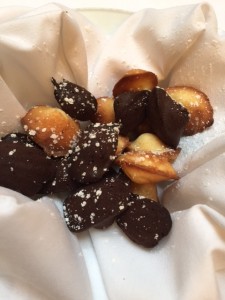 Uwe had the Eggs Benedict with smoked salmon; while Richard had Crispy Duck Confit Salad. For dessert Uwe and Richard shared a basket of the Madelines and each had an Espresso.

What are your favourite restaurants inside and outside Vancouver?

Whatever I want to do and find financing for it, or what the market is looking for, or Netflix films made for them.