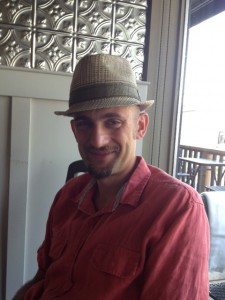 For my Sixtieth brunch in this series, I was joined by Paolo Pietropaolo who is a Radio Host at CBC, Journalist and Composer over Brunch at Graze Restaurant in Vancouver.

Paolo’s voice has been heard regularly on CBC Radio, Canada’s national public broadcaster, since 2001. He is currently the host of In Concert on CBC Radio 2. Paolo previously hosted Hot Air, British Columbia’s jazz show, and is frequently heard on NXNW.

In 2006, Paolo was the cultural correspondent for CBC Television and Télévision de Radio-Canada during the 2006 Torino Winter Olympics, creating and presenting a series of 12 vignettes about the culture of Northern Italy.  The series was called Ciao Torino and included vignettes in French and English about Barolo wine, opera at La Scala, the Slow Food movement and the Cinque Terre National Park.

In 2009, he participated in the Banff Centre Science Communications Program as a Jack Webster Fellow. His writing on science has since appeared in The Vancouver Sun and BoulderPavement.ca.

When did you interest in music begin?

While growing up I took piano lessons, and I was always listening to music as a child. My dad was into classical music and he played Mozart in a clarinet quartet. My mom played music while we drove in the car. My dad took me to concerts, when I was about 10 or 11, my father took me to see Radu Lupu perform in Toronto, I heard the piece D.960 and I wanted to learn it and practice piano.

What came first for you composing music or hosting a radio show?

Composing, I composed when I was a teenager. I took theory in my early teens and composition in my late teens. I arranged some songs for my highschool band, I then arranged and I conducted a piece for my graduation.

What got you into Radio, specifically hosting radio shows at CBC?

I worked in the music library at CBC (while I was going to the University of Toronto), I listened to music while I worked. I graduated with a Bachelor of Music degree, then I started Taiko drumming (Kiyoshi Nagata Ensemble, we played concerts all over the East coast, it was a professional ensemble. A producer down the hall at CBC asked me if I wanted to do a piece on Taiko drumming, the rest is history.

When did you join CBC 2 in Concert on CBC Radio? And has your role changed over the years since you started?

For many years I was producing radio documentaries for CBC mostly. In 2005 I won the Peabody award for The Wire, an 8 part series for CBC. In the meantime, I was freelancing, so I got my foot in the door, the same producer that asked me to do the Taiko drumming piece had moved to Vancouver and asked me to host CBC2 in Concert. 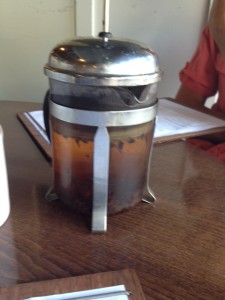 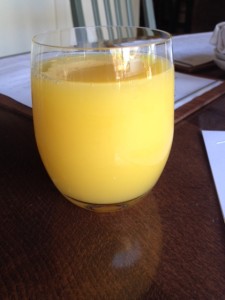 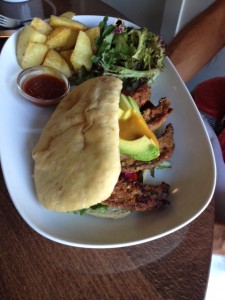 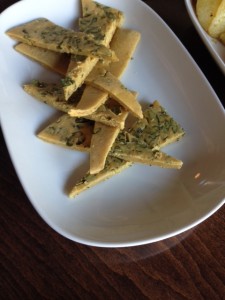 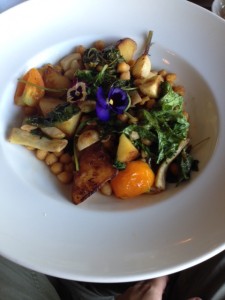 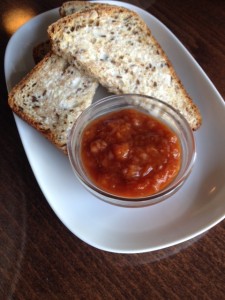 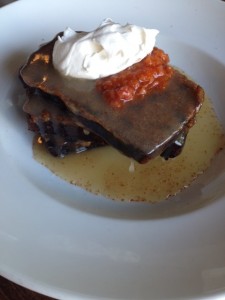 Paulo had a Tea while Richard had an Orange Juice to begin. Paolo then had the Portobello BLTA with Smoky beet bacon, pepita-crusted portobello mushroom strips, organic tomato slices, leafy greens, avocado on house-baked crusty focaccia; along with a side order of the Chickpea Herbed Flatbread. Richard had the Veggie Hash with a seasonally-focused assemblage of grilled vegetables, roasted root vegetables, beans & greens and a side of whole grain toast. Richard and Paolo then shared the Carrot Cake French Toast with Three slices of indulgent carrot cake, dipped & grilled in our flax-polenta batter, smoked salt caramel sauce, whipped coconut creme, fruit compote.

What do you want your listeners to learn if you will from your In Concert show on CBC?

You don’t have to be an expert on classical music or know all the details or rules. It is about stories and emotions, there are so many stories about music.

The Executive Producer usually plans out which concerts are going to be recorded and aired. The French side of CBC records concerts in Quebec and we have a reciprocal agreement with orchestras in Europe. I plan the shows several months before but I write the show a week in advance.

This summer, you were one of the hosts of the main stage at the Vancouver Folk Music Festival, what was that experience like for you?

I had a blast, the Folk Festival has a wonderful vibe to it. Was great to have the privilege of presenting the musicians on stage that night.

What is one of your traditions in your family?