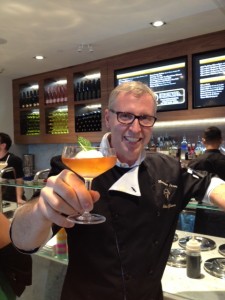 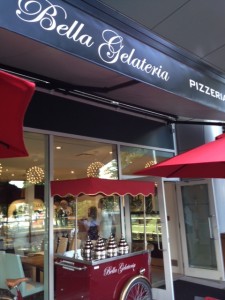 Last night I attended the opening party for Maestro James Coleridge’s new gelateria in Yaletown. This time around James has stepped it up to not only include his award winning gelato, he has added a full line-up of Italian Napoletana pizzas, unique Italian desserts married with gelato and a full coffee bar serving Milano Coffee. 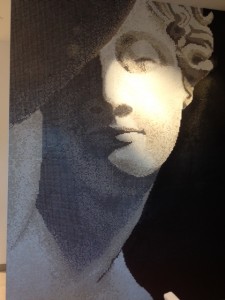 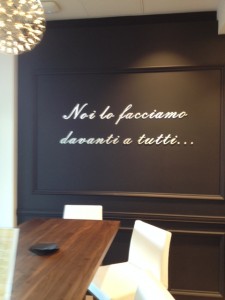 Bella Gelateria Yaletown is a new 80 seat restaurant overlooking Marinaside Crescent and False Creek. The stunning restaurant has been designed by Valentina Crobu who also designed Bella Gelateria’s first location in Coal Harbour. The beautiful light fixtures are from the Netherlands, the gelato bar is all marble, the handmade stone pizza oven is from Naples, Italy. A custom hand-painted Italian wall mural comprised of 75, 690 carefully arranged mosaic tiles was made in Italy and installed in Vancouver greeting you at the entrance. The large restaurant also features a see-through glass gelato laboratory where customers can experience the entire gelato process from start to finish. 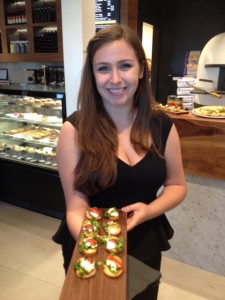 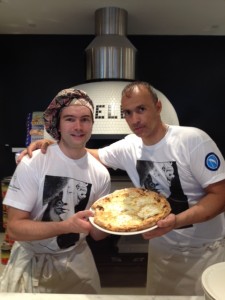 Guests were treated to white and red wine, Italian sodas as well as their special Gelatini’s (Gelato Martini) as well as a delightful array of Italian eats including some of their popular pizzas which I couldn’t stop eating. 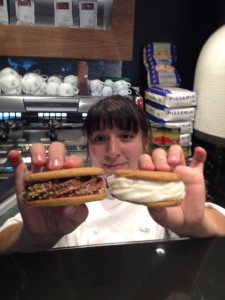 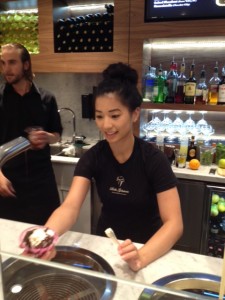 For dessert which is pretty much the mainstay of this restaurant we indulged in cookie gelato sandwiches, gelato macarons, semi-freddo, as well as cups of any flavour of gelato from the gelato bar. 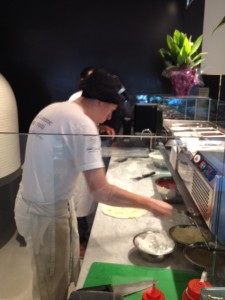 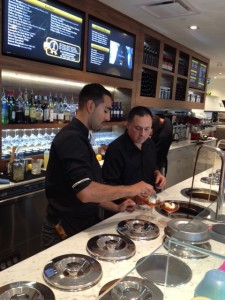 Bella Gelateria Yaletown is located at 1089 Marinaside Crescent in Yaletown, downtown Vancouver. Open from 8am-11pm daily. You can follow them on twitter @BellaYaletown