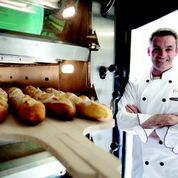 Prize includes an Afternoon Tea experience like none other as you dine with the Pastry Chef/Owner of one of the finest patisserie shops in the city.

The prize is invaluable.

Read about Richard Wolak’s Afternoon Tea Experience at Faubourg Paris, the winner is in for a real treat.

Born in Lyon, France, Franck Point was raised to honour food for both its sensual pleasures and its ability to bring people together. The Master Artisan behind Faubourg’s elegant Parisian cuisine and stylish ambiance, Franck understands that exceptional bread and pastry are the linchpins of a truly great meal.

Upon graduating from the prestigious Cornell University in 1993 with an MBA in Hotel Management, opportunities abroad took Franck and his young family to Bangkok, Thailand, where they remained for five years before returning to Europe.

A born traveller, Franck often visited Vancouver and recognized a notable dearth of authentic, gourmet French bakeries in the city’s culinary landscape. After relocating the family to Canada in 2006, Franck cultivated his life-long love of the Parisian boulangerie pâtisserie by entering a baker’s apprenticeship program in his native France, enduring the international commute in the pursuit of authentic training in the artisanal arts. His tenacity and effort paid off in 2010 when he opened Faubourg Paris’ doors, bringing a touch (and taste) of Paris to Vancouver.

Franck strives to bring the pursuit of perfection to everything he does, from recipe creation to staff management. His commitment to hard work and constant improvement led to the creation of Faubourg’s commissary kitchen in Rivershore as well as the Hornby Street and Park Royal retail locations, all within four years of the Kerrisdale flagship location’s 2010 launch. Unfailingly devoted to excellence, Franck never strays from his guiding motto: “Every second is a gift, make them count.” 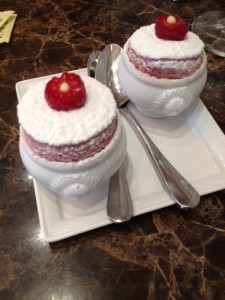 Faubourg Paris has 3 locations in the Vancouver area, the Afternoon Tea experience will take place in their Kerrisdale location.

This is Contest #3 to Celebrate the Vancouver Foodster 5 Year Anniversary. This contest will run from July 9 to July 16, 2014. To enter more contests as they are launched throughout the month, visit us here.

Here’s how you can enter:

My Favourite Pizza Pies in Vancouver