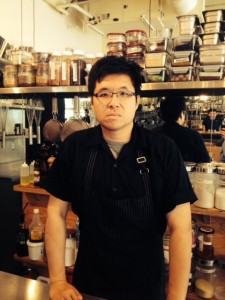 I grew up in Markham, Ontario, in 2005 after studying Computer Science and graduating at the University of Waterloo I started in the restaurant industry. My first job was as a dishwasher, then promoted to cook, worked at a casual place, then Indian and other restaurants around Waterloo. In 2008-09 I moved to Lake Louise to be a cook at the Chateau Lake Louise. I ended up at Attelier in Ottawa, they were the type of place where I wanted to be and I got the job to work there where I was doing fine dining for 1-1/2 years. I then moved on to work at George in Toronto in 2010 (Classical and fine dining) for 1 year. Back to Ottawa in 2011 as the Sous Chef at the Courtyard Restaurant. Top Chef Canada was casting and I decided to apply, I got in and had a great time. I continued working in Ottawa, in the spring of 2012 I moved to Vancouver to work at Fable Kitchen as the Chef de Cuisine. In May 2013 I became the Executive Chef at The Parker where I have been ever since. 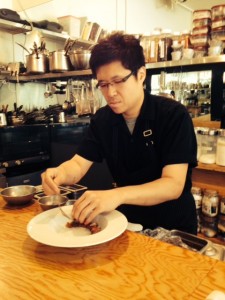 How did you end up joining The Parker?

It was more of what I wanted to do in terms of style of food and philosophy of the business.

Were you interested in Cooking when you were growing up?

Always ate Asian food, I was an extended family with my Aunt, I watched her cook and had an interest, but not professionally. When I got into university I started cooking for my friends. 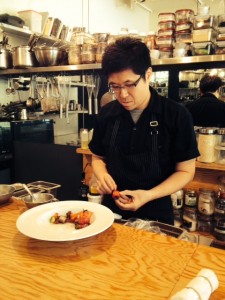 What Challenges a Vegetarian restaurant in Vancouver? 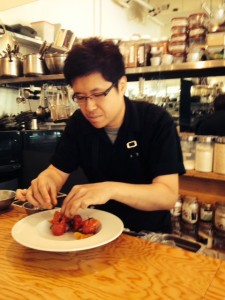 How has your computer science background played into your cooking profession?

The mind set that I had from studying it to my personal character has changed the way I approach food. From cooking to running the kitchen in a fairly analytical way. I am very good at cracking the numbers, an unseen attribute. 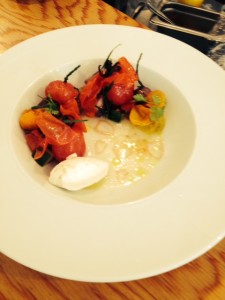 Wanted to create something for the coming summer season. Thought eggplant then Ratatouille, gives it balance with the Lebaneh, the salt, the zucchini already in season. I created this version as a cold dish. 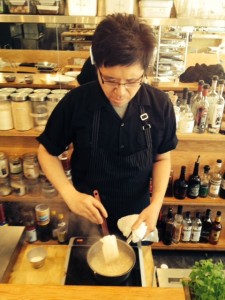 How many Cookbooks do you have in your personal collection?

I know you have a fascination with cookbooks, have you always had an interest in cookbooks? 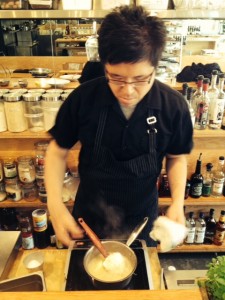 Are you Vegetarian yourself?

I try to set myself a part and do different types of dishes working from a Non-Vegetarian cook standpoint. 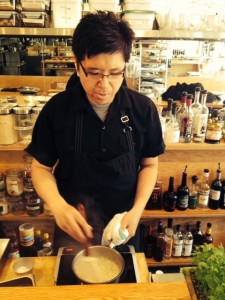 Sushi – I like the approach and the Japanese philosophy of light and balance as well as the strong flavours.

Bread – I learned to bake and love rustic sourdough as well as all types of bread.

Burgers – I love a good burger 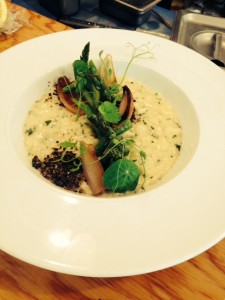 I wanted something to be a richer dish that used spring ingredients. Not gluten free, more pragmatic of a dish. Buckwheat has a unique flavour and I wanted to incorporate that into this dish. 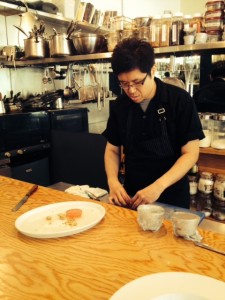 How do you change your menu from season to season?

I change components or have new ideas, or it is not seasonal. 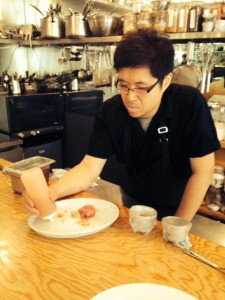 What is your most recent cookbook you bought? 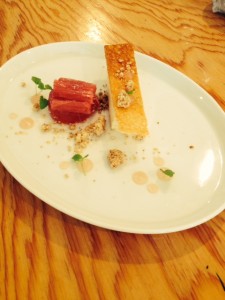 Ingredient focussed, rhubarb coming into season, adding star anise, working well with the other ingredients, using jelly that was poached and natural, mixing in the right flavours.

Visa Infinite Dinner at The Blackbird