Carnaval del Sol and Latincouver present Tastes of Latin America at several Latin American restaurants throughout Vancouver. This event will unite the city’s best Latin flavours with locals who have yet to know about them (and the ones that just can’t get enough!). Supporting our local Latin American chefs while educating the public on what each of them do as well as the cuisine they serve. 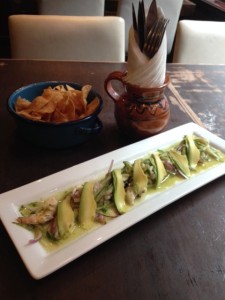 Join for a mouth-watering week of delicious flavours featuring Vancouver’s best restaurants dishing up Latin American flavours! Ay, qué rico! Each of the participating restaurants will be offering specially priced 3 course menus featuring a variety of unique and popular dishes.

One of the top things that Latin American Canadians miss from home is the food. We are so lucky here in Vancouver to have some many inspirational Latinos that have brought their favourite recipes with them to Canada and shared them with Vancouver, dishing up a plate full of passion.

Throughout the week of June 28-July 6, participating restaurants will offer special tasting menus at a special price to allow diners a great combo of the restaurants best flavours.

Don’t miss this unique opportunity to be part of a culinary festival of Latin American flavours. Vancouver Foodster is proud to be sponsor of this exciting event that will put a focus on Latin American cuisine.