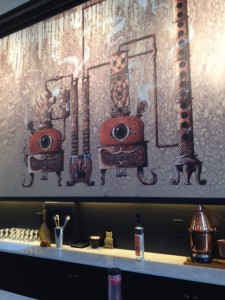 Odd Society Spirits is the latest distillery to open in East Van and one unique operation, I had a chance to take a tour the other day. I met both Miriam Karp (Co-owner), and Joshua Beach one of the master distillers.

This small-batch artisanal distillery opened in Vancouver with a craft designation from the government of British Columbia. The B.C. government defines a craft distillery as one which uses 100% B.C. agricultural goods that are fermented and distilled onsite, and produces less than 50, 000L per year. Meeting these guidelines allows Odd Society Spirits to sell direct to bars, restaurants and private liquor stores without a markup from the B.C. Liquor Distribution Board, in turn offering great value to the consumer. 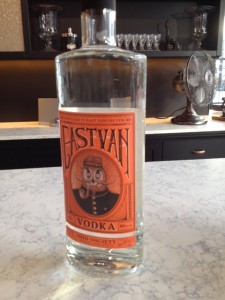 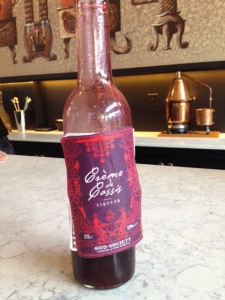 They unveiled East Van Vodka upon opening, followed by a small batch of Crème de Cassis in collaboration with Hervé Martin owner of the French Table and former chef to King Leopold III of Belgium. Next, consumers can also expect to see Wallflower Gin made with coastal botanicals, on the shelves of their favourite private liquor stores. A whisky is currently being barrel-aged and will be ready for distribution in three years. In the meantime, they are producing a straight-off-the-still unadulterated barley spirit, also known as unaged whisky, that will be ready for bottling in the next few months. Each spirit will be available to sample and purchase at Odd Society’s tasting room upon release. 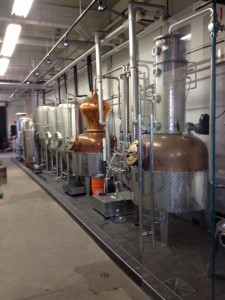 Odd Society Spirits is owned and operated by Gordon Glanz, his wife Miriam Karp, and Joshua Beach. Gordon and Joshua both received a Masters of Science Degree in Brewing and Distilling at the prestigious Heriot-Watt University in Edinburgh. They will be distilling, and managing production, while Miriam oversees operations, sales, marketing and events.

The centre piece of the room is a 20 ft long bar featuring a phantasmagorical rendition of stills, painted by local East Van artist Shwa Keirstead. He is also the artist behind the hand rendered illustration of an owl on the East Van Vodka label.

You can find Odd Society Spirits in East Vancouver at 1725 Powell St., the tasting room is open Thursday through Sunday from 1PM to 7PM. Tours of the distillery are offered every Friday, Saturday and Sunday at 4PM, with no prior reservations required. Tastings and tours are complimentary.