For my forty third brunch in this series, I was joined by TV Host Meena Mann at the Sol Sun Belt Cookery in Coal Harbour. 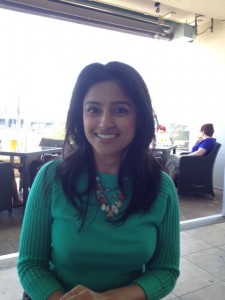 Meena was born in Terrace and grew up in Vancouver, B.C. where she attended Simon Fraser University graduating with a B.A. with a major in Communications. She started her media career in radio in late 2006 working at News1130, REDFM 93.1 and a short contract at CBC Radio1.

Meena made the leap into Television Hosting in 2009 when she became the official Co-Host of a life-style and entertainment show, FMA Entertainment Weekly. In 2010 Meena was hired by the Vancouver Olympic Committee (VANOC) to report for the Olympic News Service. Meena is a professional public speaker with extensive experience hosting numerous live events for non-profit and for-profit organizations, including the B.C. Provincial Government, Municipal Government, Coast Capital Savings and Vancouver’s first Fashion’s Night Out.

Yes always, ever since I was a kid.

Pop all the time. In university I got into classical music, way back then it was Justin Timberlake ……

Tell me who some of your most notable people that you have interviewed over the years?

No – my dad was always an entertainer for the family.

You did a comedy show awhile back, what was it like for you to do that first comedy gig?

I was so excited, but it was so exciting that I felt so nervous. As soon as my name was called, it was a natural high and no one really laughed after my 1st joke. I felt comfortable being on stage, so I changed up my routine and played off the audience and myself.

When did you get into doing Commercials and what was your first Commercial?

How did you get into Emcee?

I did Toastmasters for a few years, one thing lead to another, and another and then I was emceeing lots of events.

I love everything, but only vegetarian. 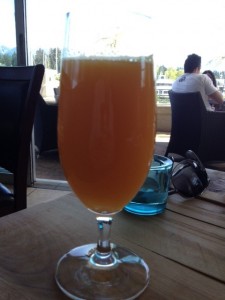 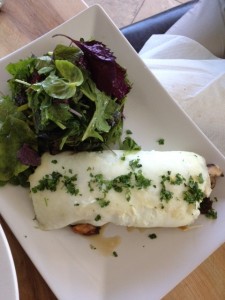 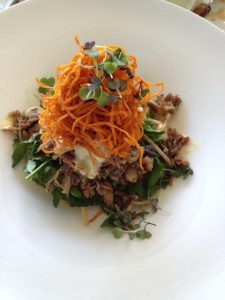 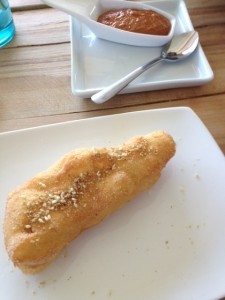 Meena and Richard each had a fresh squeezed Orange Juice to start. Meena had the Gruyere & Wild Mushroom Omelette (egg whites only); and Richard had the Duck Confit Hash (no egg) with Moroccan fried bread and Harissa sauce.

From the root level, some of my close friends all the way to Oprah.

There is a book about “50 Cent” the rapper, about his rags to riches type of story. Really the book is about how not to be afraid, to keep going and to overcome fear.

Brunch at Q4 Ristorante in Kitsilano