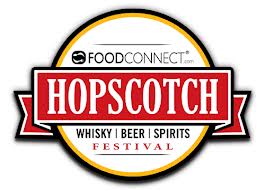 It’s less than two weeks until the start of the Foodconnect.com Hopscotch Festival, the West Coast’s long-running premium spirits and beer festival. Now in its 16th year, Hopscotch is now the biggest combined Whisky, Beer, and Spirits festival in Canada and was recently named one of the “Best Drinking Festivals in the World” by MSN Travel UK.

The Festival is gearing up for big changes in 2012 with the Grand Tasting Hall’s move to the PNE Forum where 44,000 square feet of exhibition space will allow the event to more than double the number of exhibitors to over 100, with over 350 products to sample during the event. That’s nearly double the products and exhibitors from 2011!

Hopscotch is much more than just the Grand Tasting Hall, though. The full week of events includes over two dozen events including a wide range of Whisk(e)y and Beer Master Classes with distillers, brewers and experts. These courses will provide intensive information in a relaxed format for passionate spirits and beer aficionados. The week also includes a number of Satellite Events including multi-course paired dinners and more, the great Whisky Smoke and the famous Whisk(e)y 101 and 201 seminars.

The festival is already over 80% sold out.

One very special Satellite Event is the Whisky Brunch Fundraiser on Sunday November 18th at Legacy Liquor Store in the Olympic Village. Hosted by Marcus VonAlbrecht, Director of BC Chefs Association, guests will enjoy food & whisky pairings prepared by the Junior Culinary Team of Canada and funds raised will help pay for expenses to send them to Erfurt Germany for the Culinary Olympics in 2013

Complete event information and ticket sales for Hopscotch 2012 can be found at  www.hopscotchfestival.com.