For my fourteenth brunch in this series, I was joined by Radio Host Joe Leary at Chewies Steam & Oyster Bar in Vancouver talking about Radio, Music, People and more! 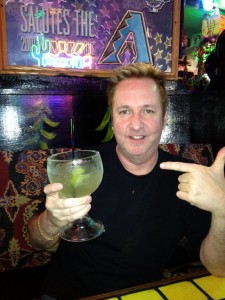 Joe currently holds down the Morning Sports anchor role on Vancouver’s Flagship Sports radio station, TEAM 1040. Prior to returning to radio full-time in 2006, he co-hosted ‘The Jenn and Joe Show on CFUN.

Joe currently writes feature sports profiles for the BC Lions and Vancouver Canadians, files a weekly music interview for 24 HRS Newspaper `24 Seconds With`featuring local and international musicians, contributes the bi-monthly ‘Hot Sheet’ page for Vancouver View Magazine:www.thehotsheet.net as well as offer his insights and various musings in his weekly ‘Joe Biz Blog’ for TV WEEK Magazine’s online edition, www.tvweekonline.ca.  He also writes feature stories for Wineries Refined Magazine, Joe can also be heard in several capacities around the radio dial, including his popular ‘Just Here for the Beer Radio Show’ on AM 650.

I have known Joe for the past couple of years, he often joins me for some dining adventures and I host the SIP & TASTE feature on his Just Here for the Beer Radio Show on AM650.

It was all I ever wanted to do. I have 2 older sisters who grew up in top 40 radio, I was always fascinated by the guys who played the music. I did radio then I did tv, I was a tv weatherman at City tv for 13 years, in 2006 they let everyone go across the country. Then I pursued an interest and became a radio host with Jennifer Thomson “The Jenn & Joe Show” on CFUN from 2006-2010.

I imagine you have had some amazing situations on your shows, tell us about one of the most unique ones!

LG 73 –suicidal kid called up, I wanted to help out and I never thought the outcome would be as it was.

That I am no better or worse than them, but I am fortunate to have the vehicle to share the information. I hope more people who listen to me say he “is an ok guy”

You recently embraced Social Media, how different would your radio broadcasting career have been if you had been able to utilize Social Media over the years?

Knowing how obsessed I have become for twitter, and my compassion – I would have had over a million followers by now. It gives me so much insight on people now.

Penne Marinara with chorizo sausage – and spicier the better 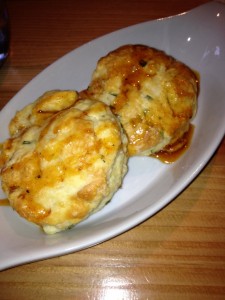 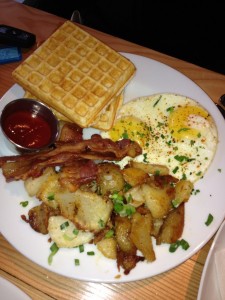 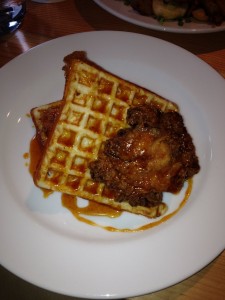 What are your favourite restaurant inside and outside Vancouver?

What made you start Collecting Liquor Mini’s?

Radio is ever evolving, but things change all the time.

How did your Sports radio show on Team 1040 Radio come to be?

Radio 1410 that I was on previously went down and they killed the format. Radio 1040 then came to me and offerened me a job to host the morning sports show.

How and why did you start your Beer show on Just Here for the Beer Radio on AM 650?

My friend the late Colin Jack was a beer expert and I wanted to tap into his knowledge and profit from it. Because there was no show like it across the country, the radio station jumped and said lets do it.

Short trips, and 4 days is the best.

How did you get started doing voice overs?

It’s an inherit part of the job, part of the salary I get paid is to do production, and commercials is part of it, and that’s how I was able to start.

Not at all, a working middle class union family.

Were there any guests on any of your shows that surprised you in a good or bad way?

More paid programming radio shows. Hopefully one with you (Richard Wolak) and I.