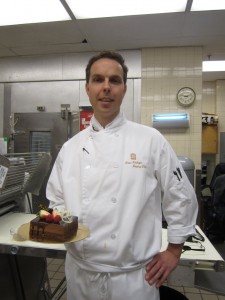 I grew up in Insbruk, Austria where my family had a pastry shop for 35 years. I started helping out when I was 12 years old, at 15 I started an apprentiship at Konditorie Peintner for 3 years and made everything in house. I then worked as a pastry chef for the Corso Restaurant in Seefeld, a ski resort in Austria for 2 years. I then worked doing pastries in the family business for 5 years. I then moved to Marco Island in Florida and worked at the Marriott Hotel for 2 years as the pastry chef. I then came to Vancouver in 2000 and joined the Pan Pacific Hotel as the Chef de Partie for 8 years, was then promoted to Assistant Pastry Chef and in 2009 to head Pastry Chef. 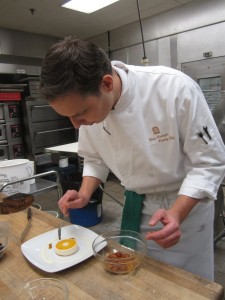 Yes it just happened, that’s all I have wanted to do until when I was older when I thought about being an architect.

Keep it contemporary and trendy, from fashionable colours etc. 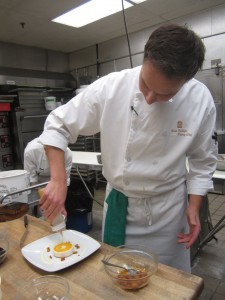 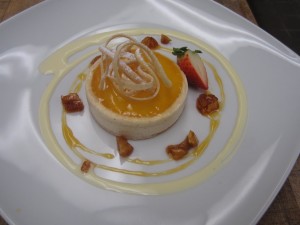 Like a Tarte Tatin, I wanted to make it more exotic and put in pineapple instead of apple and be cold not hot, and added eggnog for the Christmas flavour. 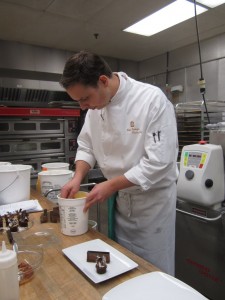 How would you describe your style of pastries at the Pan Pacific Vancouver? 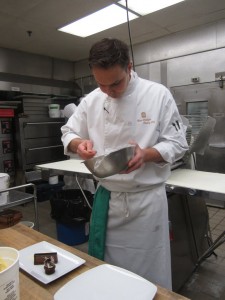 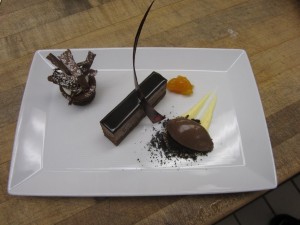 Get traditional with modern, combined such as the Blackforest Cake and the Sacher.

It was a 7 tier wedding cake, each tier had a different flavour and we had 2 people working on it.

Outside of the whole cake was fondant covered and pastiche flowers and ornaments. The cake served 300 people and we made it in Austria.

What was the most recent competition that you took part in?

I was part of Team Canada competing in the World Gelato Competition in Italy in January 2012. 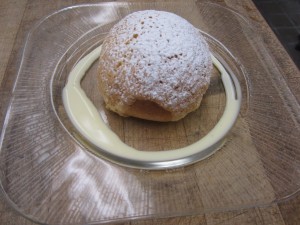 I like to work with making bread, and wanted to make something with crunch.

How do you make Caramelized Chestnuts?