For my thirteenth brunch in this series, I was joined by Radio Hosts Kid Carson and Nira Arora at Tableau Bistro Bar in Vancouver talking about Radio, Life and more! 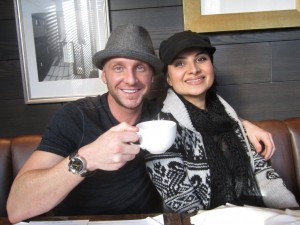 Kid grew up in Toronto, he used to make recordings at home, always had an interest in radio, he went to Humber College and took their two-year radio course. After sending out over 1000 demos only one station wanted to hire him, he took the job as DJ at a Christian radio station. After 18 months he got a call from KISS 92 FM, at that time the number one radio station in Toronto if not in Canada (he had sent them a demo while he was in radio school and was turned down). They interviewed him and then offered him a position as DJ on air, he worked there for a couple of years before the station was sold, and all the staff were layed off including him. Then 95.3 FM in Vancouver called and I took the job over the phone and came to Vancouver for the 1st time ever and ended up hosting their evening show. After a year at 95.3 FM I had enough and was planning to return to Toronto, the Beat 94.5 FM called they wanted to talk and to show me around their studios, a week later I was in talks with them on moving to mornings to host their morning show. Kid Carson The Beat 94.5 Vancouver’s top rated morning host.

Nira grew up in Nanaimo, she has a degree in Communications and Political Science from Simon Fraser University and a broadcasting diploma from the British Columbia Institute of Technology. Prior to joining CFBT in 2001, she worked as a journalist/reporter for the South Asian magazine show Zindagi, and on-air as host with Asian Pulse and Partners in Community Vision. She was also a reporter and host for Shaw TV and a fill-in host for World Beats on Channel M. She is the co-host of The Kid Carson Show with Nira Arora and Amy Beeman, a morning radio program on The Beat 94.5 in Vancouver.

How did the Kid Carson Show come about?

Kid doing the evening show on Z95.3, after a year it wasn’t for me. One day I got a call from the Beat to come on the morning show, then the show’s name was changed to the Kid Carson Show. Nira was moved from evenings mornings to join the show. Nov 15, 2004 was our first show together.

Did you ever think the Kid Carson Show would become so popular?

No and we go forward every day.

Have you always wanted to be a Radio Host?

Kid – Yes since childhood, I used to interview my friends; I was living in Toronto and got onto Kiss 92.

Nira – I wanted to be a Bollywood actress, then lawyer. I started acting while in highschool in Nanaimo, moved to Vancouver to go to SFU, and MC events. Rogers approached me, I ended up doing a degree in Communications, then interned from radio and tv. I sent in a demo for The Beat 94.5 almost 10 years ago, I started off doing afternoons, doing entertainment, then events and then mornings.

Nira – To take a moment and have fun for the day. Relax and have fun, hopefully we provide that.

Kid – If you think you are messed up, give us some of your time. 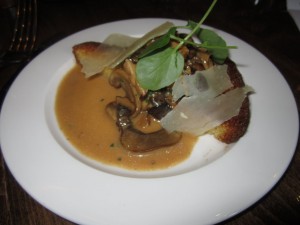 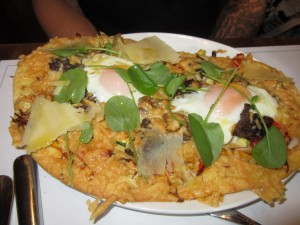 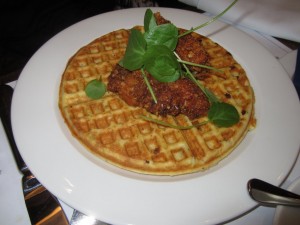 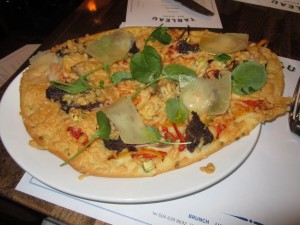 Kid – All of the Glowbal Group Restaurants

Nira – spending time with my son, reading, swimming lessons. I like eating, going to the beach in the summer, and drinking wine.

Andrew was already working in the promotions department at the station, we asked him to fill in for a week, and he was great and we then gave him the job. He has been with us for over 1-1/2 years.

Has the format of your show changed from the beginning in 2004 to now?

As we learned personality, our show has evolved and changed along the way. We had personal issues go on the air, making it more real, we were getting to know each other on the air. Reality tv before reality tv, it was reality radio.

Constantly writing emails to each other of ideas of topics.

Nira – No, my Grandma sang on the radio in India.

Kid – Las Vegas with my girlfriend, mother and family. Also went to Shanghai on another trip.

Where was your most recent trip for the Beat 94.5?

Panama with the crew including Andrew the intern and Amy Berman, as well as our listeners who won the trip in January 2012.

Were there any guests on your show that surprised you in a good or bad way?

1)    Exkhart Tolle – the author of “The Power of Now” – he is like the Brad Pitt of authors. Took us 3 months to get him on the show. It was an energy ora when he walked into the studio.

2)    Tracey Morgan from 30 Rock tv show – he was in his trailer on air, after 3 minutes we had to end the interview, his answers were terrible.

3)    Jacob from “Hedley” – interviewing him on air –he licked Nira’s face during the Interview and she screamed.

Shred your Ex for Valentines Day – we rent a shredder and have women or men who have been burnt in their relationships (we represent the people who hate Valentines Day).