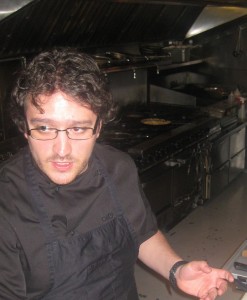 I had the pleasure of spending a few hours recently with Chef Cesar de la Parra at the Waldorf Hotel talking about his love for cooking, traveling, life and creating dishes.

Cesar worked as a dishwasher while going to high school in Mexico City, finishing high school at 17. He then went to cooking school in Mexico City for 2-1/2 years and studied in the morning and worked in the afternoons as a Commie and then line a line cook at Basque Restaurant. At 19 he worked at a fine dining international restaurant in Mexico City and became the head chef and learned a lot. One day he went back to Basque and told the Executive Chef that he wanted to do an Apprenticeship in Spain. Within days his wish came true and he was off to San Sebastian, Spain to Lesarte to apprentice at Restaurante Martin Berasategui starting there at 20 years old. There were 70 apprentices in that restaurant, he worked hard doing some odd jobs and finally began cooking in the restaurant, at the time this restaurant ranked 15th best in the world. He worked from 8am – 1am daily with a small break in between, his hard work payed off as he was recognized with talent and he soon was hired on to the payroll where he then cooked for Kings, Royalty and Celebrities. After working there for 1-1/2 years he went travelling around Europe and then returned to Mexico City and got a job to cook as a creative chef in a production kitchen with unlimited resources at one of the best restaurants in Mexico City. His job was to take pictures, write manuals and recipe books and too create 5 new dishes every day. At 22 years old he learned straight up cooking and making menus. An opportunity came up to go to Vancouver to open Nuba’s Gastown location in December 2008 when he was 23 years old. He took the job and within days he was in Vancouver working as a consulting chef for the Nuba Group, he then became the Executive Chef at Nuba, once the Gastown location was up and running he then opened the commissary kitchen and café at Nuba on 3rd Avenue, here he trained all the kitchen staff, developed manuals to create simplicity. He strives for excellence and wants their company to be one of the best companies to work for in British Columbia. After Nuba’s restaurants were running efficiently the Waldorf Hotel project was born. He didn’t take the top position as Executive Chef he actually turned it down to concentrate on Nuba, however after a few months it was clear that they wanted him to take over as the Executive Chef at the Waldorf Hotel which he did, then he opened a Nuba at the Waldorf. He then created the Leeteg Room serving Spanish Cuisine and then started a Mexican Brunch on weekends at the Waldorf. 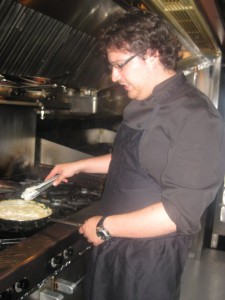 How can you run a kitchen that has a Lebanese restaurant and a Spanish fine dining restaurant at the same time?

It is all about training people from cooks to dishwashers to servers and having staff understand the two different concepts and the experiences we offer. The chefs have to learn and know it all. We also do the Mexican Brunch on weekends, finding the right people to get on the boat so to speak. 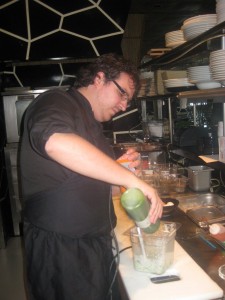 How Many staff are you overseeing in the two companies that you are Executive Chef of? 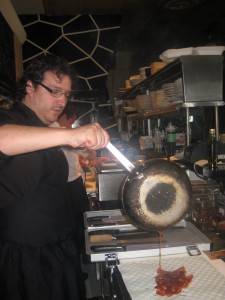 Not really cause I work pretty much 7 days a week. 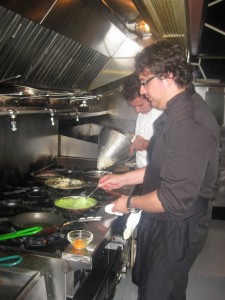 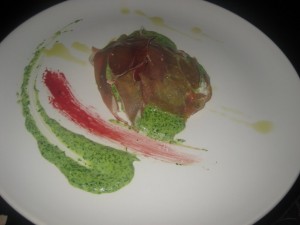 One of the signature dishes in Spain, I played with some ingredients and the dish was born. You can find this dish anywhere in Spain. 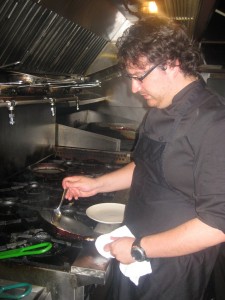 How many restaurants do you oversee? 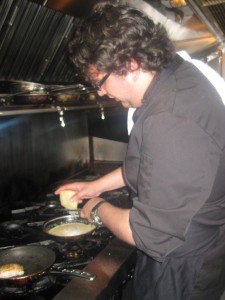 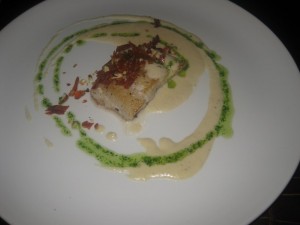 Some of my favourite ingredients and edible crystals. 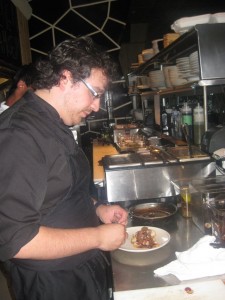 What are your 6 favourite ingredients? 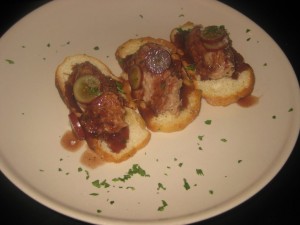 Always liked Rillettes, something you could get in a bar that was served warm. 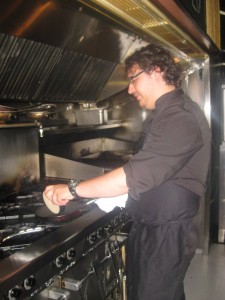 What is your favourite restaurant in Vancouver (outside of where you work)? 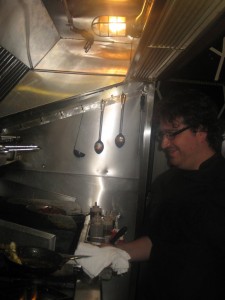 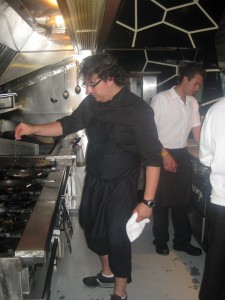 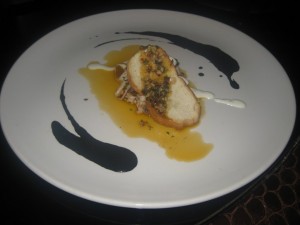 Two of my favourite squid dishes in one.

What do you do that is unique every week?

Every Tuesday and Wednesday I get together with all my chefs and we cook and have fun. 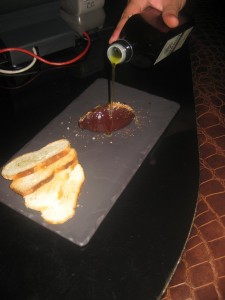 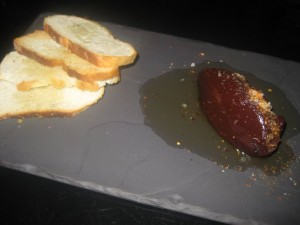 What is your favourite wine to pair with a chocolate dessert?

What is your favourite wine to pair with a savoury Lebanese dish?

What do you want to do in the next year?

At the Waldorf I want to create lots of new dishes, creating an experience. At Nuba I want to open a new location or two.