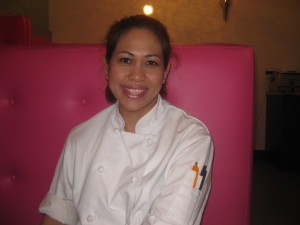 I spent the afternoon with Chef Parichat Poomkajorn at Pink Elephant Thai talking about her love for cooking, noodles and creating dishes.

Parichat finished university in Bangkok with a major in Marketing, her family owns a hotel resort in Thailand. In 2005 she moved from Thailand to Vancouver and her first job was at the Thai House as a dishwasher. One of her friend’s Aunty was a chef at Urban Thai and she often helped out and watched her cook, over time Parichat became a cook at Urban Thai. In 2009, she took a break (maternity leave) and returned in 2010 and worked at Urban Thai during the Olympics, then to the Thai House on Robson as their Head Chef and then opened Pink Elephant Thai as their head chef.

Did you ever cook as a child growing up?

Yes I started cooking when I was 6 years old.

Where were you born?

In Suphanburi which is 1 hour outside of Bangkok. 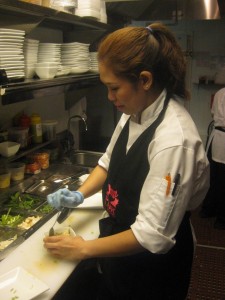 What is your favourite dish to cook at home?

Noodles – I love noodles, with everything from duck to pork belly. 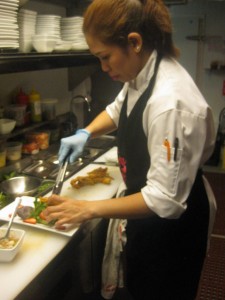 How did you plan the menu at Pink Elephant Thai?

I talked about dishes with Pani (GM) and Desmond (owner) and we planned from there and worked on finding the ingredients locally. 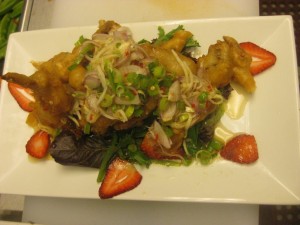 Uses ingredients for spring rolls and sauce of the floating market so I decided to make this dish mixing in the other ingredients. 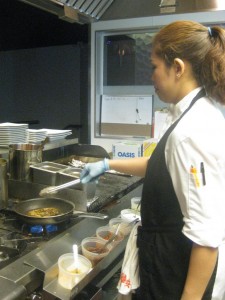 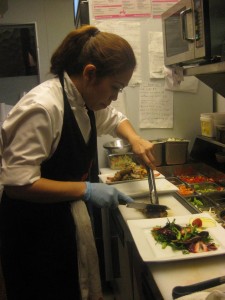 What is your favourite cuisine to eat outside of your own restaurant? 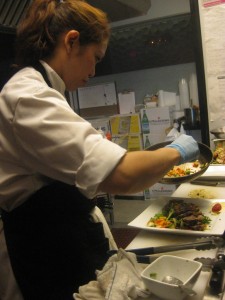 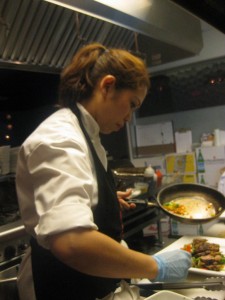 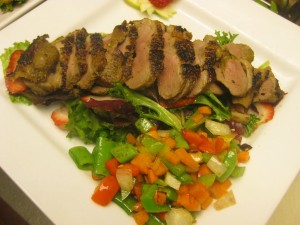 Had the duck and idea from my boss so I created the dish with vegetables and thin slices of duck. 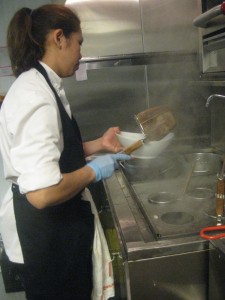 Where do you get your Mangos form?

I use Mangos from Thailand that are green and sour but they only come in once a week to Vancouver and if we are out then we have to wait for the next shipment. 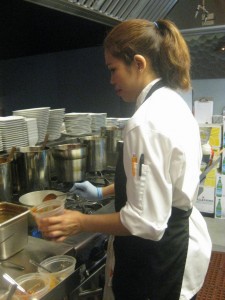 How did you make your  Pad Thai sauce?

I had to do my homework to find the right ingredients, our Pad Thai sauce is different than the sauce we use in the Thai House restaurants. 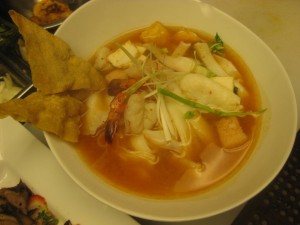 This was my favourite dish growing up and I wanted to create it here but this version is not as spicy. I use 3 different Thai chilli in the sauce, 2 different brands of Vietnam chilli sauce and ketchup to sweeten.

What is the hardest to get ingredients in Vancouver?

What style of Thai food do you cook here at Pink Elephant Thai?

Why don’t I see Peanut Sauce on your menu?

Peanut sauce is not really from Thailand