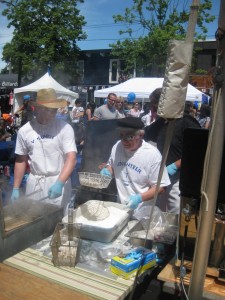 I spent the afternoon yesterday in Kitsilano at the Greek Day festivities that were held on Broadway from Macdonald Street going West 5 blocks. 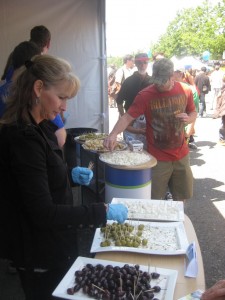 Tasting at the Krinos tent.

Jenny Siormanolakis, chief organizer of the festival gave me a bit of a tour of some of the eats, I tasted the Krinos Spinach Twisters, Feta Cheese, Sheeps Milk Cheese and Olives.  Jenny introduced me to Krinos founder and President Alexander Georgiadis whom I then had the pleasure to interview in their VIP tent and to enjoy some of their Greek specialties. 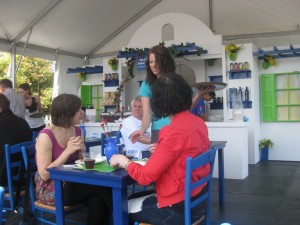 Alexander told me that his company is the largest importer of Greek foods in Canada and they also have operations in the USA and recently opened in Shanghai, China. They sell to retailers and food service, they also make all of their cheese products and yogurt in their own dairy in Canada as well as Phylo and Twisters. I asked him about opening in Shanghai and he said it was quite the experience to open there and it was a lot more work than he anticipated. 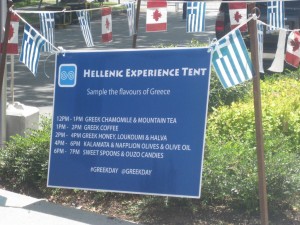 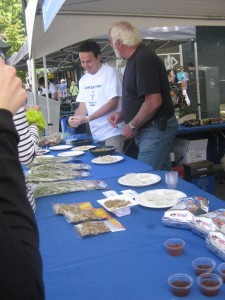 I then sampled some of the Greek Coffee and candies at the Hellenic Experience Tent. 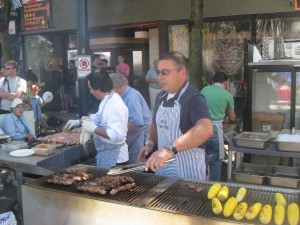 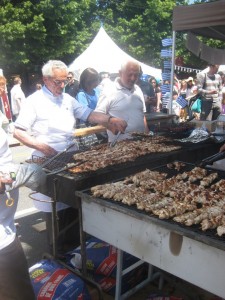 Each of the event tents had Chicken and Lamb Souvlaki on the grill and people were lined-up for their Greek favourites. 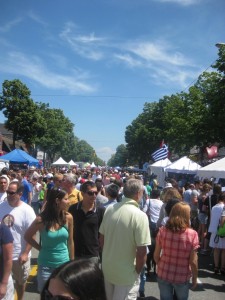 The sunshine filled day saw upwards of 100,000 people attend the annual festival. The line-up for the Loukoumades was far too long for my liking, so now I`m craving Loukoumades.

Summer Menu Tasting at The Teahouse