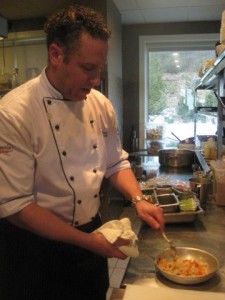 A couple of weeks ago, I spent the afternoon with Chef Dino Renaerts at Fraiche Restaurant in West Vancouver. I had the pleasure to meet Dino last summer and it was a pleasure to chat with him about his passion for great food, pastry and the culinary scene around our city.

In 1987 worked at the Kettle of Fish is a cook, then at Skychefs. In 1989 he went to Dubrelle Culinary School and took the full program, he apprenticed at the William Tell (where he met Bruno Marti) until 1992, then worked at Lesley Stowe Fine Foods (in the mornings) and trained for a Triathalon (in the afternoon), he then worked at Bishop’s as the Pastry Chef for 6 months, then at Le Gavroche as their Sous Chef for a year, then to Fairmont Waterfront Hotel where he worked for 5 years as their Sous Chef, then to 900 West in the Fairmont Hotel Vancouver as the Executive Sous Chef. He then worked at Bistro Pastis for 6 months, did some film catering. He worked at West in 2002 as the Sous Chef for 6 months with Chef David Hawksworth, then at Vancouver Golf Club for a year, then Hotel Georgia for 3-1/2 years, in 2007 he joined Diva at the Met and was the Executive Chef their until 2010 when he bought into what has become Beachside Forno and Fraiche and is the Executive Chef/Partner.

Who is cooking at home?

I am and I love cooking at home. 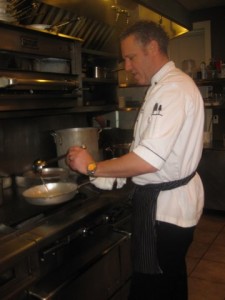 What is one of your signature dishes? 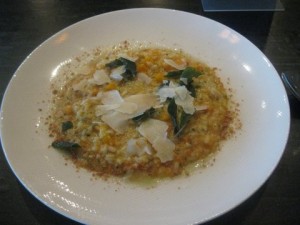 Have you ever thought of putting a cookbook together for Fraiche?

Yes and it is in the works. 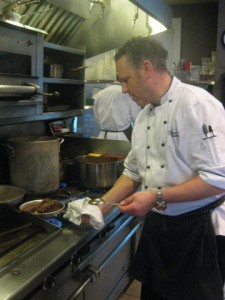 How did you learn Butchery?

When I was at Dubrelle for school, I learned how to breakdown a Cow so that all the parts could be used in cooking, I learned how to cook and use all the pieces for whatever food be it steaks, sausages, burgers etc. I learned butchery on all animals and how to age the meats as well. 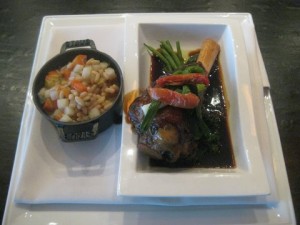 What are the differences between Fraiche and Beachside Forno?

Both of our restaurants have the same philosophy, local cuisine.

Fraiche is more sophisticated and is a destination

What is your favourite cities for culinary travel? 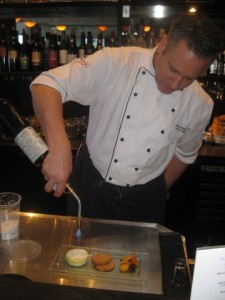 You studied pastry, why aren’t you doing pastry now?

Time, I don’t have the time now but can do it any time. 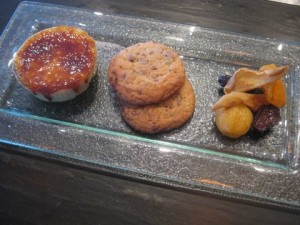 Mid-winter, tropical to give people something bright and hope

What is your favourite dessert to make?