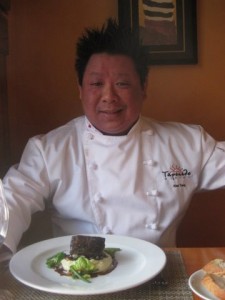 A couple weeks ago I spent the afternoon with Chef Alex Tung at Tapenade Bistro in Steveston. I had the pleasure to meet Alex at his restaurant last summer and it was a pleasure to chat with him about his passion for great wine and food.

He grew up in Toronto, went to university, went into Finance and into some internet start-ups. He then made a career change to pursue his love for the culinary world and worked for Jean George in New York, then worked in London at some of the top restaurants, then worked for Daniel Boulud in New York, and worked for Christian Delouvrier. In 2002, he returned to Toronto briefly, then came to Vancouver to work at the Wedgewood Hotel with Frank Dodd as the Sous Chef. He met his wife while working at the Wedgewood and ended up settling in Vancouver. He then worked at Cioppino’s for awhile before he met Vince (owner of Tapenade Bistro) in 2006, he started working there as Executive Chef and is still there today.

I went to the New England Culinary Institute.

What is your view on Suvee cooking?

To control the temperature I will use for certain types of food like pot roast or ribeye steaks. 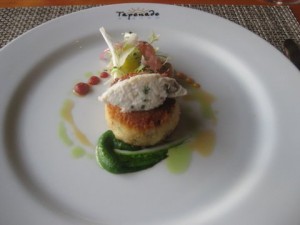 I added this dish in October because it was so popular when I had it on features.

My wife does most of the cooking, for special occasions I cook and I have a Suvee at home as well. 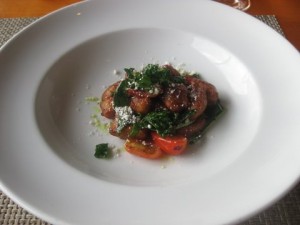 It is a reflection of winter, light and bright. 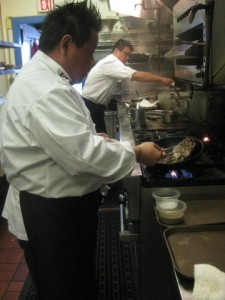 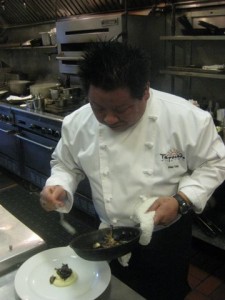 What is your style of cooking?

French with Westcoast sensibility with a regional influence.

Where do you get your fish from?

A few amazing suppliers including Organic Ocean, Julie Bell and a couple of others. 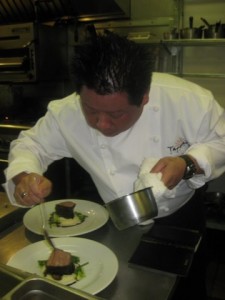 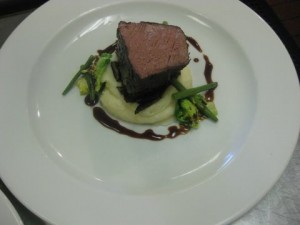 I wanted to create a dish that was representative of comfort food, simple and would pair well with a good red wine such as the one we are drinking –Orfino Red Bridge Red.

What does the next 5 years hold for you?

Securing the future for my family, enjoy life, work hard and play hard

Alex has a great team in the kitchen, he said it may be unusual but his chefs are passionate about food and wine and they love to talk the talk while cooking. Educating the staff is very important and he likes to teach everyone everything.