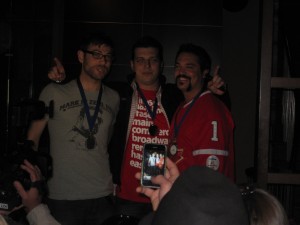 George Ultra Lounge was the host of the 2010 Mixlympics held on February 21st with 6 international, 4 Canadian bartenders- competing head-to-head in a black box style event.

George bartender Shaun Layton invited some of the best cocktail creators in the world to mix it up at George Ultra Lounge during the Olympics.  With so much bartending talent in one place, it just made sense to turn it into a competition. 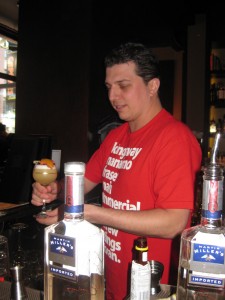 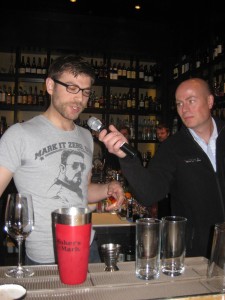 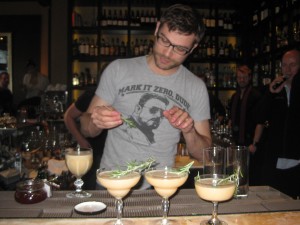 David Grieg and his drinks 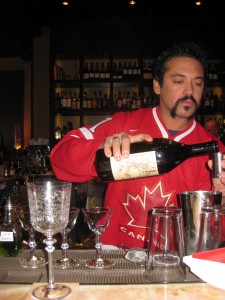 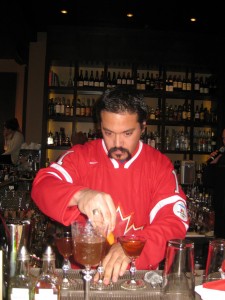 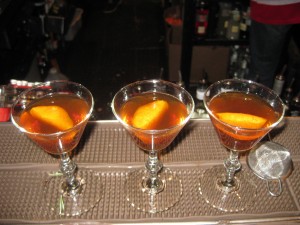 The other competitors from Canada and around the world were: 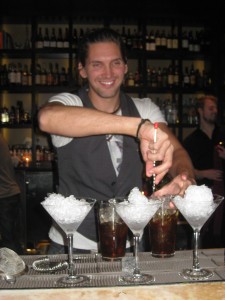 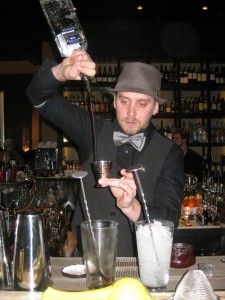 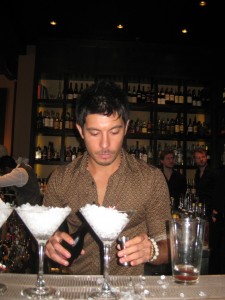 The extremely talented judges who had the enviable job of tasting the cocktails and choosing the best were:

This competition was exciting to watch, all eyes were on these talented bartenders to see what kinds of drinks they could make using the surprise ingredients from the black box. Each competitor had to use the Black Box ingredients in the drinks they were too create.