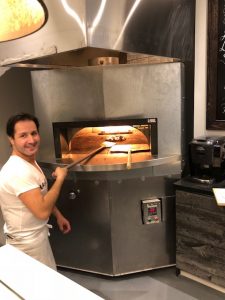 Here it is all about their traditional Lebanese flatbreads and they make them savory and sweet. All the baking is done in their stone oven in minutes with spices just like you would have in Lebanon. 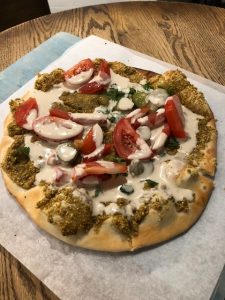 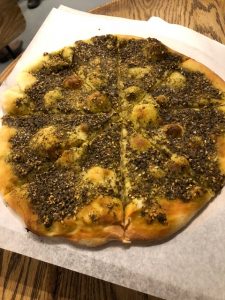 I have tried several of them, including, the Falafel Manousheh topped with tomato and tahini and made with JamJar’s falafel.  The Za’atar is topped with a mix of dried wild thyme, sumac, sesame seeds and oil and that is one I loved last time I was travelling in the Middle East. 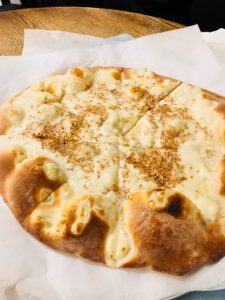 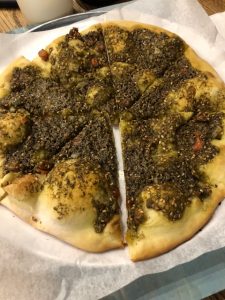 Za’atar with a mix of tomato and onions 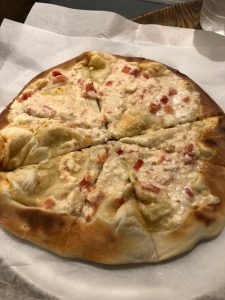 They have other varieties too including a Nutella offering for dessert, this is great place to stop in for one of the traditional Manousheh or get creative and ask Oscar to make you something not so traditional.