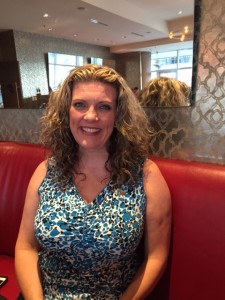 For my Sixty Second brunch in this series, I was joined by Jennifer Thomson who is a Traffic Reporter at CKNW and AM730 over Brunch at The Lobby Restaurant in North Vancouver.

What got you into Radio and Broadcasting?

When I was in high-school I went on a work experience week as part of graduation. I was placed at a radio station in the promotions department. After the week and after graduation, I stayed on all summer at CFOX and LG 73, and then I ended up volunteering with them for the next 3-1/2 years. When I was 21, while at LG 73, Dean Hill asked me to jump on to do traffic one day, the rest is history.

How hard or easy was it for you to find your first job?

I went to Z95 and CISL 650 to become a traffic reporter and I did that for 5 years, I did the split shift working mornings then afternoons. Part of that job included doing the traffic on Red Robinson’s morning show. After that I did the Morning Show on Z95 for a year (Traffic and co-Hosting).

How did the drive talk show co-host CFUN Vancouver 2006-09 come about?

It was a show that came out of an idea my friend Joe Leary had after pitching the program director, we then created the Jenn and Joe Show after doing a one show audition, it was a hit and we then did the afternoon show for 2 years moving to mornings for another year. The show featured celebrities, entertainment news, local and international news.

What type of Music did you listen to growing up?

If you could tell me about 4 of your favourite concerts of all time which ones would those be? 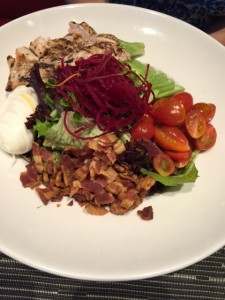 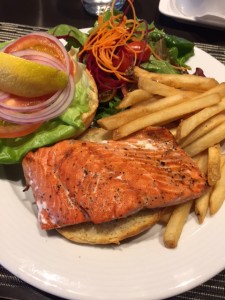 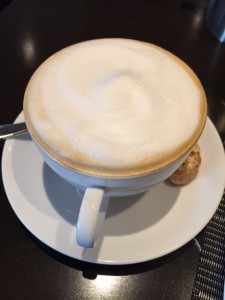 Jennifer had the Lobby Cobb Salad and Richard had the Grilled BC Salmon Sandwich with fries and salad along with a Cappuccino.

Who is one of your Influencers?

In your opinion, how does a Radio Host stay in the game as the times change and evolve?

You have to adapt to getting the explosion of social media. You have to be a self promoter, establish your market and brand yourself, you can’t burn bridges or be a diva.

Bangkok Street Food Journey at U & I Thai