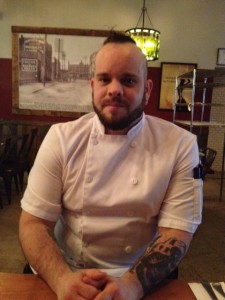 Started cooking in Townsville, Australia in 2002 where I did a year at culinary school followed by a doing my first year as an apprentice at the Plaza Hotel and then worked there for 2-1/2 years. I moved to Brisbane and did a tv show, and competitions as a prep chef. I then worked as a line cook, promoted to a sous chef at the Storybridge Hotel. Next I moved to London, UK in 2008 to the Beas of Bloomsbury and was the head chef for a year. Then moved on to Manchester and worked at Grilled on the Alley for a year. Moved back to Brisbane and worked at Restaurant 2 for awhile, then it was back to Manchester where I worked at Alberts Shed for a year before moving back to Australia to work at Domanis on the Gold Coast for a year. In 2013 I moved to Vancouver and have been the head chef at Catch 122 in Gastown ever since.

As a kid were you interested in being a Chef?

My sister is a chef and I was interested after hearing some of her stories. My mom was into cooking and always joked that there were 2 chefs in the family. 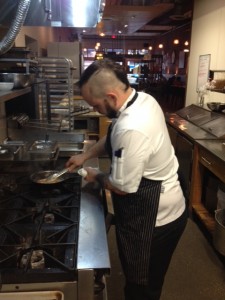 What was the food scene like where you grew up?

After arriving to Vancouver, is there anything you have learned from our food culture? 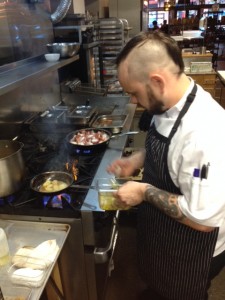 What are your Favourite Foods to eat? 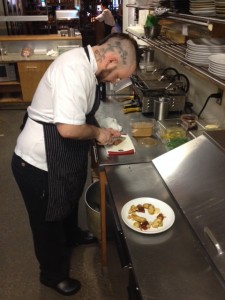 What method do you go through when planning new dishes for your menu?

Try not to recycled what I have done in the past. I  do use ideas from the past and put a spin on it for the dishes I do. 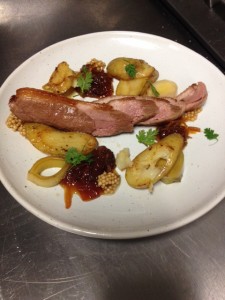 Basic take on a duck ala orange not to literal. 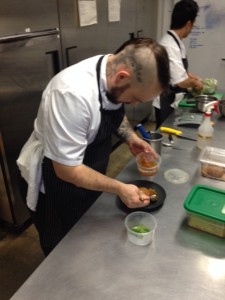 How do you plan your dish for my Vancouver Foodster Challenges such as the Crème Brulee challenge you took part in?

While in bed, ideas come to me such as: 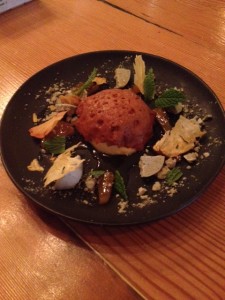 Taking the idea of a crème brulee incorporating spiring flavours, keeping the texture and adding elements.

What types of preserves do you can at Catch 122 Restaurant?