For my thirty fifth brunch in this series, I was joined by Coleen Christie, News Anchor of the CTV News 11:30pm at Provence Mediterranean Grill  in Vancouver talking about News, Eating, Cooking and more! 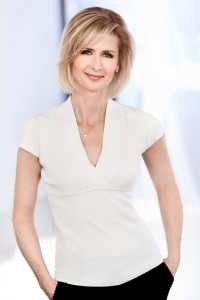 Coleen Christie was born in Halifax, Nova Scotia and raised in Victoria, British Columbia, Coleen earned a B.A. degree in English and History at the University of Victoria. Coleen began at VTV, now CTV, in 1997 as a reporter. In less than two years, she became the news anchor and fill-in host for the station’s morning show. In 2001 Coleen moved to CTV News at 5 PM. In 2010, Coleen was a key member of the CTV-BC Olympic broadcast team co-anchoring a daily newscast, on-location in the heart of the city. For the CTV network, Coleen co-anchored a 9-hour, live broadcast tracking the Olympic Torch Relay through Vancouver on the opening day of the Vancouver Olympic Winter Games. Coleen also fills-in as co-host on Canada AM, CTV’s national morning show. In 2011 she began as anchor of the CTV-BC news weeknights at 11:30.

Maybe.  I’ve always felt comfortable in front of a crowd. In first year at UVic, I wanted to be a teacher. Guess I ended up being the ultimate teacher.  When I graduated, I got a job doing a lot of public speaking.   I started working at CHEK TV in Victoria doing a lot of things.  It took me a while to decide which side of the camera I wanted to work on.  I started out doing commercials , hosting entertainment announcements, even doing weather.  All the while I was writing, directing and producing promos (commercials for tv shows) for the station. I loved it.  On my  own time — I’d report for news here and there.     I  reached a point where I had to choose between moving to LA to be a producer  or  moving to Vancouver to be a reporter. Guess you know how that turned out.

I feel like I am helping people by  providing accurate balanced information, and sometime a little fun too.

That they have to tune in every night or they will be left behind because everything changes so fast.

I was on the air for 911; I anchored several hours of live breaking news when a small plane crashed into a Richmond  apartment building.

Most recently, I was live when a small plane crashed on the approach to Vancouver International Airport .  You don’t forget those moments.

When Mike Killeen and I were co-hosting the 9-hour Olympic Torch Run special the morning before the Games began, Barenaked Ladies began busking across the street from our outdoor set. A few minutes later, without us asking, they jumped on our set and played. It was such a cool moment! I will never forget how honoured I felt to be broadcasting to the country that day.

It’s not my job to take a stance or voice an opinion. It’s my job as a journalist to be balanced and fair.  Everyone has an opinion.  Mine doesn’t doesn’t take precedence just because I delivering the news.

I wasn’t involved in our coverage of the Stanley Cup Riots.  I was just back from medical leave after a major surgery and just walking was a challenge.  Getting into the fray could have been quite dangerous.  It was hard to sit on the sidelines for that one.

When I was a kid . My mom was raised on a farm and learned to cook amazing Ukrainian food .  But her philosophy was , if you can read you can cook  and she would make everything from bread and  soufflés to fantastic pastries. We  hardly ever ate out or had store-bought cookies.  We used to experiment with recipes together. 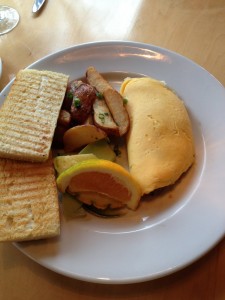 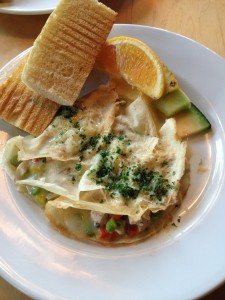 My mother’s perogies and cabbage rolls. I miss them all the more since she’s been gone.

How did your food blog get started?

I had developed relationships with a  lot of chefs from having  them  as guests on a national morning show I used to host.  My relationship with the restaurant industry CTVBC’s online manager asked me to start a food blog which I did in 2010.

What are your Favourite Out of Town Restaurants?

No, not even close.

No mentors per se. I try to learn from everyone because it is as important to learn what works as it is to learn what doesn’t. Broadcasting icons who influence me include Diane Sawyer for her grace; Oprah Winfrey for her guts, and my former boss, now CTV LA bureau chief, Tom Walters. Nobody crafts a story like him.  I  always look forward to his reports on CTV National News.

I’m inspired by people in our newscasts and in the world at large every day. People who do what others say can’t be done; people with a never-say-die attitude.

I recently became acquainted with Carrie Gelson. She’s the teacher at Admiral Seymour Elementary who sent the open letter asking for help for her inner-city school last year. What she does day-in and day-out for those kids, some of whom live lives none of us could bare, is truly inspiring. I strive to be more like her. I want to help her change lives.

I don’t have a clue and that’s what makes life interesting.