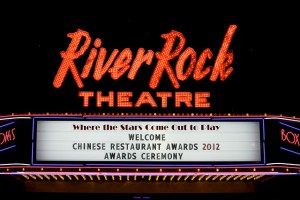 A packed house filled the award ceremony at the River Rock Hotel yesterday in Richmond. At the reception we dined on some of the winners dishes, a Gluttonous Rice dish as well as Durian Puffs. The panel of 12 professional chefs and food writers who ‘stepped up to the plate’ literally had ‘their plates full’ from July through mid-December as they tasted the best signature dishes to be found amongst Metro’s nearly 500 Chinese restaurants. Ballots were submitted to auditors PricewaterhouseCoopers with the results being unveiled at an ‘Oscars-style’ Awards Ceremony at the River Rock Show Theatre, emceed by Breakfast TV’s Dawn Chubai and ONMI TV’s Catherine Chan, held on January 11th in Richmond. 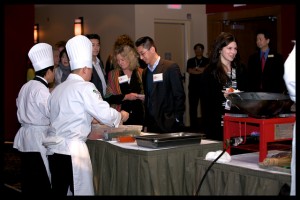 The guests were treated to a live cooking demonstration of Sautéed Geoduck with Egg White by the 2011 Chinese Chef of the Year, Tony Luk, of Jade Seafood Restaurant. 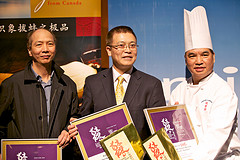 The much-anticipated Critics’ Choice Signature Dish Awards were presented to start off the awards ceremony. As in previous years, Richmond and Vancouver were head-to-head in the running for gold. Richmond won the battle by taking 17 of the 28 awards, leaving Vancouver as runner up. The Gold Awards with Distinction were bestowed on five restaurants in Richmond for their continued high standards of their award-winning dishes. “We felt it was important to recognize these particular recipients who have persisted in maintaining a level of excellence that cannot be match anywhere else in Metro Vancouver,” says Lee Man, one of the food critics from the judging panel. 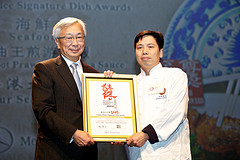 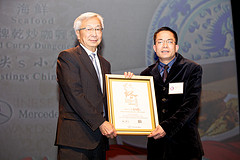 This year, Signature Dish Dining Festival was inaugurated in November 2011 to encourage the public to visit 18 different restaurants over a period of 18 days throughout Vancouver, Richmond and Burnaby. The Festival proved to be a great success, attracting over 8,000 diners and generating over CAD$240,000 revenue. The participating chefs were asked to design new menus that featured Alberta Beef and Pork, British Columbia seafood, and Amoy sauces—pushing the boundaries of Chinese cuisine in Metro Vancouver into delicious new territories. 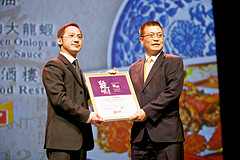 In recognition of the restaurants’ achievements, seven new awards were created under the Festival’s category. The recipients of the Festival’s Best Alberta Beef, Best Alberta Pork, and Best Amoy Sauce Dish were voted by a panel of eight professional food critics and announced today during the ceremony. The remaining four awards, Best Restaurant Overall, Best Service, Best Dining Environment, and Most Innovative were voted online by diners and announced together with the 15 Diners’ Choice Awards on December 5th. 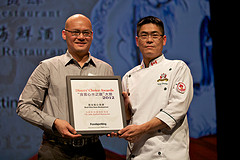 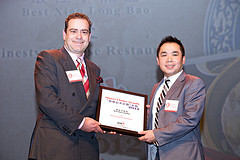 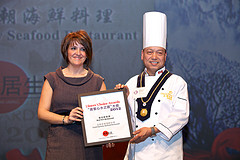 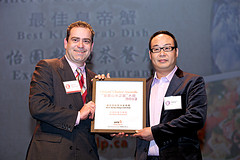 Among the culinary contenders on the award-winning list, one avid competitor stood out from the pack. Richmond’s Shiang Garden Seafood Restaurant (Executive Chef, Wing Leung), a frequent award-winner in the history of the CRA, took home two of the 2012 Critics’ Choice Signature Dish Awards—Best Alberta Pork and Best Amoy Sauce Dish. The panel of judges felt that Chef Leung deserved special mention for his creativity in modifying his past award-winning dishes—Dongpo Style Braised Alberta Pork with Amoy Sauce and Fried Lobster with Green Onions in Amoy Premium Soy Sauce. As a Critics’ Choice Award recipient in the Festival category, Shiang Garden also received a prize of $2,500 in supply credits from the producers of Alberta Pork.

Click here for all the winners of the Chinese Restaurant Awards.