There is Pie and then there is Pie, these are some of the notable pie purveyors that I visited over the past couple of months.  This article is all about who bakes PIE in and around Vancouver.

My visit to Aphrodite’s Organic Café and Pie Shop in Vancouver. 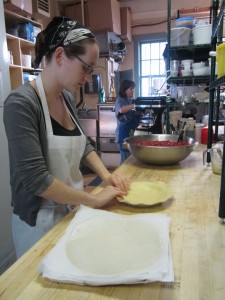 In 2002, founder Allan Christian found himself working with and living on Glen Valley Organic Farm Co-Op in the Fraser Valley using his sales and marketing skills to help raise money to keep the farm operational.  He grew up on a traditional farm in Saskatchewan and even though he had left that behind many years ago,

Allan was always adventurous in the kitchen and during a visit from his mother they baked pies together with the organic heritage apples that had fallen from the trees in the orchard. He had a vision that an organic pie shop in the city would be a great way to bring the wholesomeness of the farm to the folks in the city, and with lots of determination, hard work and sweat equity, he opened the original pie shop in April 2003.

Later in that same year he opened the cafe to find a venue for the wonderful fresh organic vegetables from the farm and would often harvest the vegetables and serve them the same day in the restaurant!

Allan Christian’s daughter, Peggy took over the restaurant and pie shop shortly after Allan’s passing in 2008 and has committed to keep her father’s legacy alive and thriving. 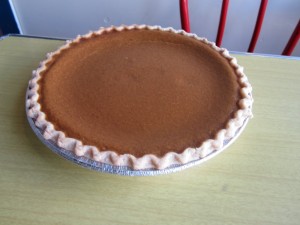 My visit to Blackberry Hill in Vancouver 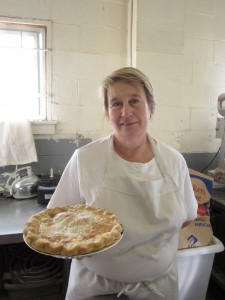 Since 1994, Chris Hoekstra started making jams and jellies and then pies, selling them in the Granville Island Market. Then she started selling at the Trout Lake farmers market and now selling at all the local markets as well as wholesale to a couple of restaurants. 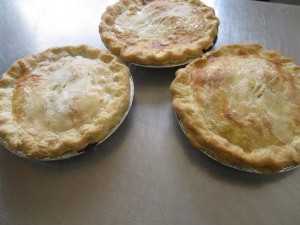 Number of varieties of Pie:

Where do you sell your pies?

My visit to the Airport Coffee Shop in Chilliwack 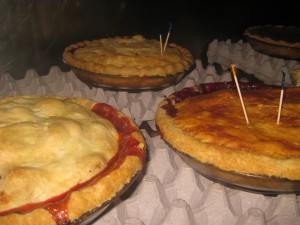 Business founded in 1980, a few years ago 3 sisters Judi, Jaclyn and Tracey purchased it from the original owners and continue to make the same pies and recipe as when it all started. People fly in from Washington just for pie, they are a destination location.

Filling: Use local suppliers (lower mainland local) because of such high volume used.

There are many other places to have pie and in and around Vancouver, including Savoury Island in West Vancouver, Acme Pie in Vancouver. Feel free to comment with your favourite places for pie inside and outside of Vancouver.

DIVA AT THE MET