Last Thursday October 28, I had the pleasure of dining at a special dinner held in Joey Burrard’s Wine Room with a group of about 55 media who were invited for The James Beard Experience by Executive Chef Chris Mills.

Chris and his team will be presenting this dinner to James Beard House in New York on November 20th. I heard that the NY dinner is already sold out for this prestigious event, Chris believes that just because an event of this kind is sold out it must be spectacular, therefore he has invited media to a special preview dinner in Vancouver as well as Seattle, Calgary and Toronto to taste the meal and have their servers take care of everyone to perfect their presentation in advance of the night in New York. 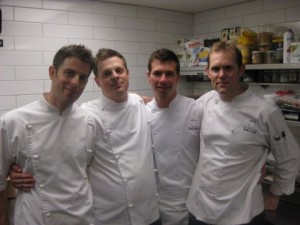 Gatherings from the Pacific Rim is the theme of the menu that Joey Restaurants Executive Chef Chris Mills has created, collecting recipes and ingredients from places he has visited in the Pacific Rim.

This is the second time that Chef Chris Mills will present to the James Beard House, as he was invited back to perform at the venerable culinary institution, an honour which he is most proud of.

A selection of Hors d’Oeuvres were served before dinner along with the Peter Lehmann “Barossa Blonde”, Australia. Each represented the Pacific Rim which included their Pacific Tuna Chopsticks, Chicken Tacos, Japanese Hummus (my personal favourite of all) and Peaches & Cream Chicken ‘Corndogs’.

The Dinner began with the First Course: 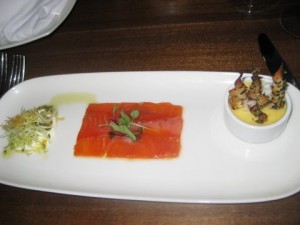 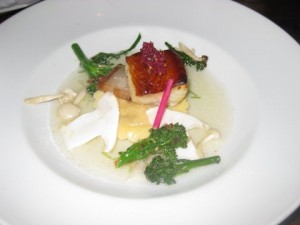 Paired with the Sandhill “Small Lots” Viognier, BC 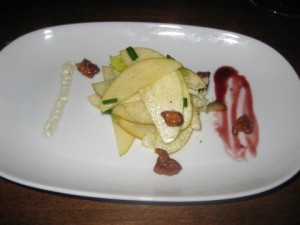 Selection of Apple Slices to cleanse the palate 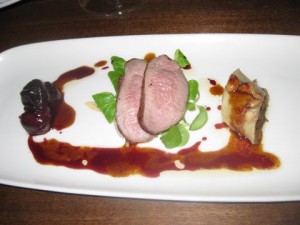 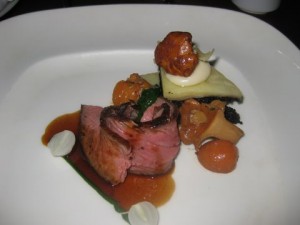 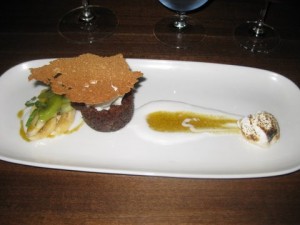 A team of six chefs and two apprentices, along with JOEY’s regional managers and sommeliers will be travelling with Chef Mills to New York City for the dinner on November 20th where they will cook for 110 guests.

Chef Chris Mills is the Executive Chef for the JOEY Restaurants Group.