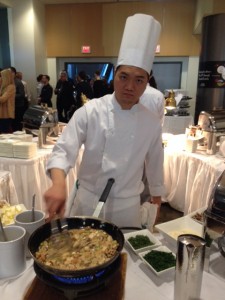 As a part of the Vancouver International Wine Festival, on February 28, I attended this 11th annual awards lunch that was full of restaurateurs, sommeliers, wine makers, and other industry folk. 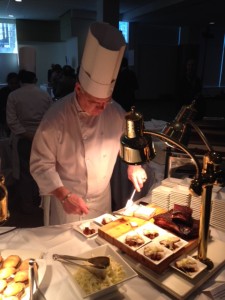 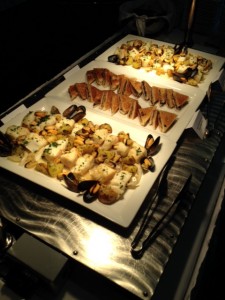 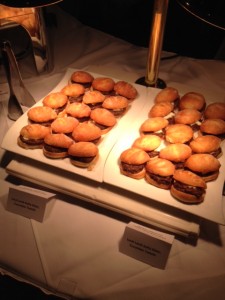 The Rhone Valley region of France was featured at the lunch with a selection of wines available for tasting as well as a wonderful array of dishes prepared by the chefs of the Vancouver Convention Centre. My favourite dishes were the Duck Confit Croque Monsieur, the Tuna Chickpea Salad and the Chicken Squash Ravioli.

A couple of prestigious awards which are handed out each year were awarded to Mark Davidson (Spirited Industry Professional Award) and to Mike Bernardo of Vij’s Restaurant (Sommelier of the Year).

SPIRITED INDUSTRY PROFESSIONAL (SIP) AWARD
The Spirited Industry Professional Award honours an individual who makes significant contributions to the sales, service or promotion of wine in British Columbia. The eighth annual SIP Award goes to industry veteran Mark Davidson. Mark is education director for Wine Australia USA, and was the BC representative for the creation of a Canadian National Standard for Wine Service. In 1993, he co-founded the Vancouver Wine Academy (VWA) and has worked with the BC Wine Institute to create a Train the Trainee module for educating restaurant and wine industry staff. Mark placed third in the finals at the 1990 Sopexa Best French Wine & Spirits Sommelier and was the winner of the 2001 BC Restaurant and Foodservice Association Sommelier of the Year. The SIP Award is sponsored by the Vancouver International Wine Festival.

SOMMELIER OF THE YEAR AWARD
The 15th annual Sommelier of the Year Award recognizes outstanding wine knowledge and wine service. The Sommelier of the Year is awarded based on votes by key members of the. This year’s award goes to sommelier Mike Bernardo of Vij’s Group. As the wine director at Vij’s and a contributor to Vancouver magazine, Mike’s expertise lies in the often challenging pairing of spicy, layered dishes with the perfect wines. Focusing on fresh, crisp white wines and medium-bodied, low-tannin reds, Mike also enjoys the challenge of combining bigger, bolder wines with Indian cuisine. Sommelier of the Year is sponsored by the Vancouver International Wine Festival. 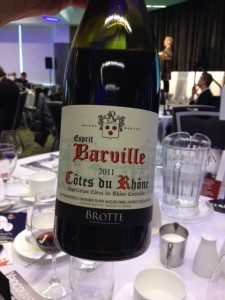 The delicious wine (Esprit Barville 2011) served at our table was wonderful as was the wine focused conversation with Matthew Presidente, Tim Pawsey and others. The annual wine list awards were handed out celebrating the best food and wine pairings in the business, restaurants throughout British Columbia and Alberta have been recognized for creating wine lists that complement their establishment’s unique menu and concept. Candidates submitted their wine and menu lists, and were then visited by judges who reviewed their programs. The judges are Michelle Bouffard, Tom Doughty, DJ Kearney, Iain Philip and Terry Threlfall. The top restaurants were awarded Platinum, Gold, Silver, and Bronze, or commended with an Honourable Mention. The Wine List Awards are sponsored by Vancouver Magazine.