For my forty ninth brunch in this series, I was joined by musician Guitar Doug at Dockside Restaurant on Granville Island talking music, food and more! 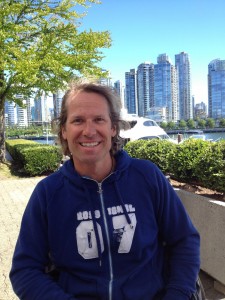 “Guitar Doug” as he is known was born in Montreal Quebec, Doug graduated from high school in 1985 after which, guitar in hand, he headed off to Europe. Returning to Canada to attend the University of Alberta, Doug planned to study English with hopes of becoming a lawyer…. but a ski trip to Whistler soon changed that. After a time in Whistler living the dream of wild nights and powder skiing days, “Guitar Doug”, already skilled on guitar, bass and piano, enlisted in the rock ‘n’ roll revolution, formed a band and hit the road becoming a staple of the Whistler music scene in the process. Since that first (99-2000) ski season together as a band, The Hairfarmers have cultivated their West Coast “ski bum” musical style.

Did you always want to be a guitarist?

Yes, I always loved the tone and the charisma of the guitar.

Late 60’s/early 70’s country rock now, though in the beginning it was more avante garde progressive rock with shades of U2 and funk.

How did the band The Hairfarmers that you and Grateful Greg founded come about?

I was in a band “The Wild Dogs of Wedgemont”, we were about to play a wedding (hippy wedding in the woods), Greg’s band was booked to play after our show, I could hear a big hairy man carrying a 2 litre bottle of red wine singing in perfect harmony (was an imposing presence), we met at this wedding (Greg fell in love with one of the girls at the wedding who became his wife). I then visited Whistler often and he came to see my shows, we then started playing duos. Then the name The Hairfarmers came about from the ranch that I owned, we used to have skits and in the skit we used to say “those damn hairfarmers” so I always thought if I ever have a band worthy of this monnacker they would have the title of “The Hairfarmers”.

Yes I do, my grand mother was a child prodigy violinist, my grand father (other side of family) was a pianist – he bought a Steinway.

Classical – from Beethoven and Andres Segovia (in Montreal) then when I moved to Edmonton, I listened to Procol Haram (symphonic sound meets this rock band), I was exposed to country in a big way from Willie Nelson to Kris Kristopherson and that shaped my persona as Guitar Doug.

Who are your top 5 favourite musicians currently?

If you could tell me about 3 of your favourite concerts of all time that you have attended which ones would those be?

What are your favourite restaurants in the Whistler/Squamish area? 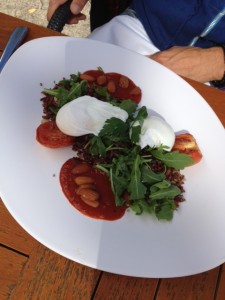 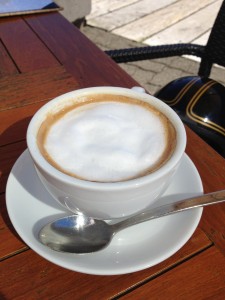 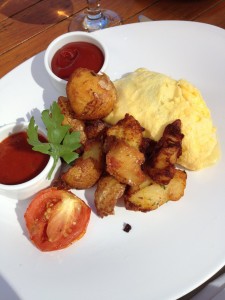 Doug had The Market and a tea while Richard had the Dockside Omelette and a cappuccino.

Tell me about your Burning Man experience

Last year we flew to Reno then drove to Black Rock City (Burning Man city), we were no longer Burning Man virgins. We played a foodie camp (it was the best organic food for 7 days) where about 500 people in the audience morphed with people dancing, staying or moving on. We were invited back this year and we can’t wait to do it again (self contained sustainable community).

To connect with something inside them, free us from the mundane. Music can be an extraordinary experience.

It was the Caribbean, now it’s turning into the pacific (Hawaii, California, Tahiti and Indonesia).

Understanding the reality of my surroundings, I’m inspired by nature.

Where has the band played outside of Whistler?

London-UK, to Cabo-Mexico, Jamaica to Maui, Napa Valley to Vancouver to New York and anywhere in between. The Hairfarmers have shared the stage with such acts as Wide Mouth Mason, Bif Naked, Great Big Sea, Our Lady Peace, and Chantal Kreviazuk to name a few.