For my twenty fifth brunch in this series, I was joined by CBC Radio Host & Author, Grant Lawrence at Le Parisien Restaurant in Vancouver talking about Music, Writing and more! 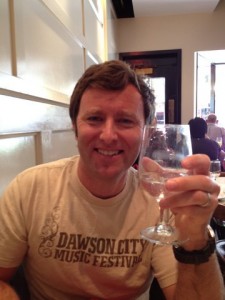 Grant Lawrence began his career as the lead singer of the internationally acclaimed Vancouver garage band The Smugglers. For years, he has hosted the CBC Radio 3 Podcast, a weekly showcase of Canadian independent music. Grant also hosts a live and interactive daily program on CBC Radio 3’s popular web radio station, also airing on Sirius 86. Grant can be heard throughout the week on various CBC Radio One programs such as Q, DNTO, and Sounds Like Canada, and hosts many major music events, such as the Polaris Music Prize Gala, and various festivals around North America.

What got you into Radio, specifically hosting indie music radio shows?

I was in a touring rock band called “The Smugglers”, there was a CBC radio program that aired my stories from the road as we traveled around the world. I got a job as a researcher at CBC in the late 90’s. Then a couple of years later became a host.

How would you define Canadian indie music?

Healthy, very, very, vibrant. In 2004/2005 there was a massive renaissance in Winnipeg, then Toronto and Vancouver. The New Pornographers in Vancouver, Broken Social Scene in Toronto and The Arcade Fire in Montreal being #1 –each of these bands were extremely important on the scene. Making it the first for red hot exports.

How long does it take you to program an hour of the best in new Canadian music every week?

It would take all week cause I am looking for the best songs.

How important is it for new musicians to be part of CBCMusic.ca?

If you are an independent artist in Canada, it is imperative you have your own page on CBC Music, as Radio 1, 2, 3 all take it from CBC Music.

1)    The Flaming Lips at Plaza of Nations

3)    The Grusomes at Club Soda in Vancouver

Which 3 Canadian Indie bands have progressed our music scene over the years?

How important are Podcasts vs live on the radio for the Canadian music scene?

Podcasts used to be more important as they are of the moment. Our culture now is we want it now. 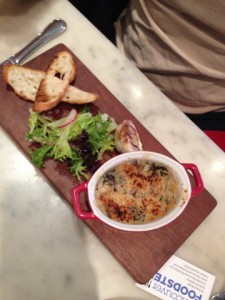 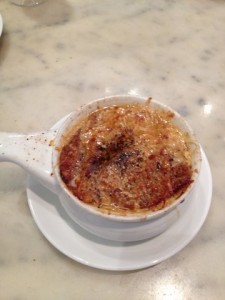 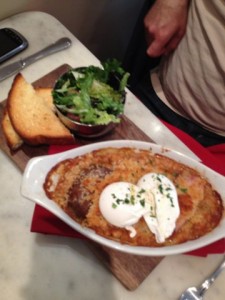 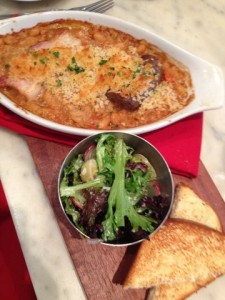 What’s happening in Canadian music in that moment that day, and hopefully discover their new favourite song.

Western Canadian Music Awards which I hosted in Whitehorse, Yukon