For my sixth brunch in this series, I was joined by musician Veda Hille at Two Chefs and a Table in East Van talking music, theatre, food and more! 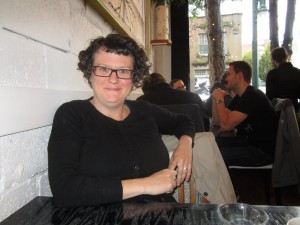 Veda makes records, writes musical theatre, scores films, teaches songwriting, tours, and generally keeps busy. I have seen her perform on numerous occasions including the Vancouver Folk Music Festival and most recently at FUSE Night at the Vancouver Art Gallery this past Spring.

How long have you playing the piano?

Always wanted to play, but in my early 20’s I started song writing and then realized It could become a career.

I think so, not radically, just a continuation in my music style, broadened my writing. 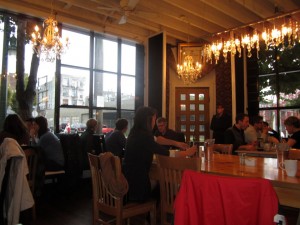 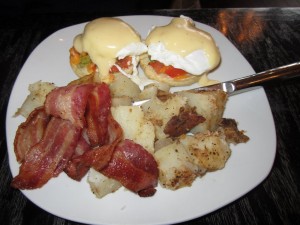 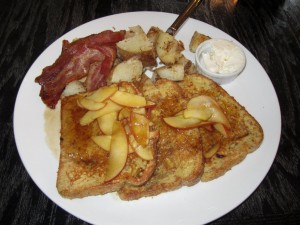 Veda had the Smoked Salmon Benny ($9) with smoked salmon, spinach and cream cheese. Served with bacon and potatoes.

Vancouver Folk Music Festival (attended since I was 12 years old, playing there was a great memory)

All Tomorrows Parties in London, curated by a senior musician.

Who are you favourite musicians to collaborate with?

I understand you have written for musical theatre, tell us about some of your experiences and shows.

How did the Craigslist show happen?

It was Bill Richardson’s idea, I asked Bill to do a similar musical with me, then we decided to go forth together.