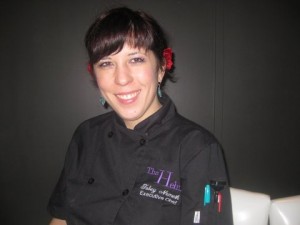 I met Tobey over a month ago, her background was in Children’s television in Toronto, she left her job and decided to go travelling to India, when she came back she enrolled in George Brown College and studied Culinary Arts for a year. She then worked at a few restaurants around Toronto, the Avalon with Chris Macdonald (one of the most respected chefs in Toronto), then sous chef at Jamie Kennedy’s Wine Bar, she was then promoted to Executive Chef and spent 5 years there at Jamie Kennedy’s.

What brought you to Vancouver from Toronto?

Almost 3 years ago, my husband who was also a Chef in Toronto wanted a change and we moved to Spain in 2008, I also represented Tierra de Madre for Canada, I was then offered a job in Italy working for a Chiante for a year and worked on a farm that was luxurious, a traditional Tuscan farm where we raised Heritage pigs, herbs, lettuce and chick peas. I then decided to return to Canada and moved to the West coast where we both worked lived at Haida Gwaii at the West Coast Fishing Lodge before settling in Vancouver, one day I popped into The Helm and applied for the job and here I am.

What did you want to do when you grew up? 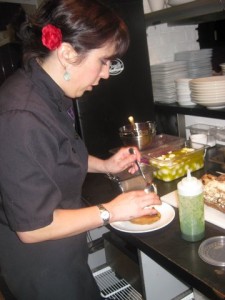 What is your view on baking bread in a restaurant?

If you can buy better bread I would, I always bake my own bread so I now do it using Red Fife Wheat. 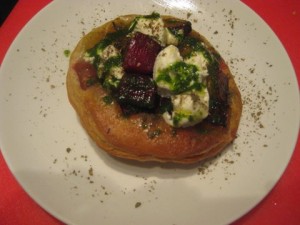 Wanted to focus on the Lebaneh yogurt & cheese and it evolved with the beets etc.

How did you find Notch Hill farms?

I asked around at the farmers markets, and found Blovia a distributor that sells directly to the restaurant via a mobile truck. 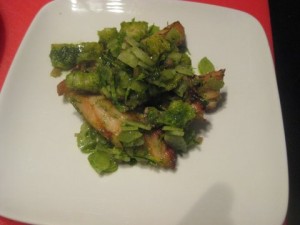 From Spain, I like crunchy things, the croutons, octopus etc. Believes in texture and what’s fresh. 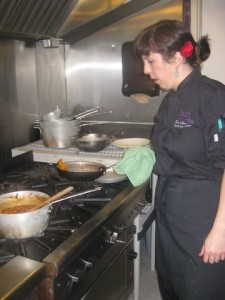 Where do you get your inspiration from? 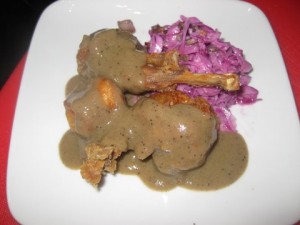 Making it fun and unpretentious, the fried rabbit showing off the beautiful meat and cabbage is in season right now.

I hear you can your own fruits, please describe.

Buying in season fruits and preserving to use for all the desserts and for cocktails at the bar.

What are your favourite cuisines?

Hopes the fates will propel to open my own restaurant with my husband.

What is your favourite dessert?

A well-made ice cream that has hazelnuts or walnuts.

What is your style of cooking at The Helm?

Influences from everywhere driven by the ingredients. I believe in fresh things being local.

Tourism Vancouver: The Inside Taste