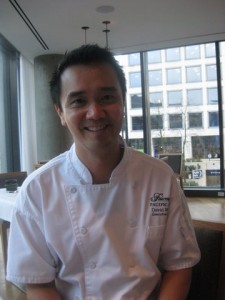 Last week, I spent the afternoon with Chef David Wong at ORU Restaurant in Vancouver. I had the pleasure to meet David last year when I dined at his restaurant and it was a pleasure to chat with him about his passion for great food and worldclass chefs!

He worked at the Pan Pacific Hotel in 1998 as a cook, then apprenticing at the Creek restaurant on Granville Island in 1998 for 3 years, then in 2001 to Showcase with Morgan Wilson at the Delta Pinnacle Hotel (Now Marriott). In 2003 he moved on to the Fairmont Vancouver Airport at GlobeYVR as the Sous Chef and then became the Executive Sous Chef. In 2006, he became the Executive Chef at Hotel Macdonald in Edmonton (was Bocuse d’Or to rep Canada for 1 year). Then came to Vancouver in 2008 and taught at the Art Institute for 2 years. He was part of the opening team at the Fairmont Pacific Rim Hotel as the Executive Chef in 2010.

How did you get involved in becoming Executive Chef at ORU?

I worked at Fairmont in the past in other cities. There was an opening here and I wanted to get back to Vancouver.

High end west coast food that I liked and I knew that ORU would be this type of cuisine.

How did you get involved in the Bocuse d’Or?

In 2005 I competed against Scott Jaegger (he won). In 2006 I won Canada and to represent Canada in 2009. In competition you get to see where you stack up around the world – 3 star Michelin chefs. Was an experience of the lifetime for me. Went to France in 2009 to compete and came in 9th place in the world. 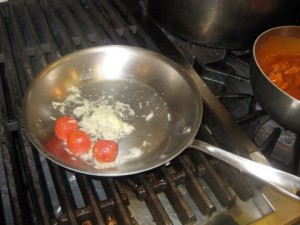 Did you ever think you would compete in food?

In Grade 8, I won a food competition and made Mac & Cheese, this was my beginning in competition.

Would you ever compete again?

Now my focus is to help others compete, educate and train them. 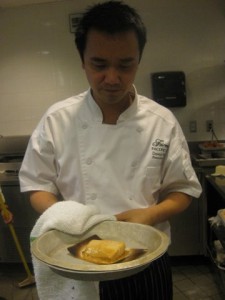 Describe your role at the Fairmont Pacific Rim?

Where did you go to culinary school? 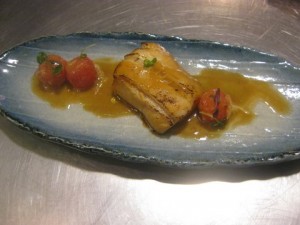 Traditional Izakaya dish wanted something acidic to add which is why I added the tomatoes to this Japanese dish.

What cuisines does ORU Restaurant specialize? 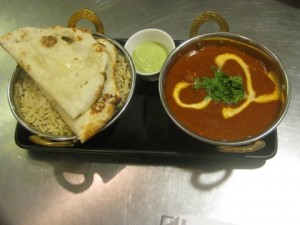 I wanted a simple dish that enhanced the flavours. 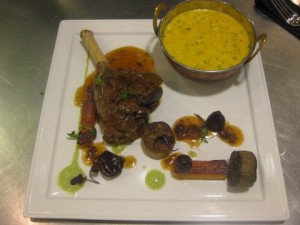 Wanted a traditional vindaloo, by adding a contemporary look

What do you expect when you dine out in a restaurant?

Value, comfortable,  I always order dishes with an interesting flavour profile, many of them are weird dishes as opposed to the popular items.

How would you define Focus in your role as Executive Chef?

Most people would never understand the pressure and intensity, you have to be disciplined enough as you have to play with so many ingredients and techniques.

What’s the next 5 years hold for you?