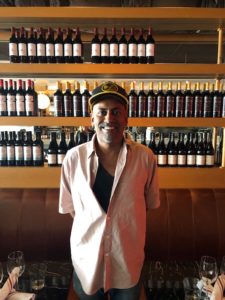 For my Seventy Sixth brunch in this series, I was joined by Tariq Hussain who is a singer/songwriter over brunch at Trattoria Restaurant in Vancouver.

Tariq Hussain, is a Canadian singer-songwriter based in Vancouver, BC who was born in Cowansville, Quebec. Tariq is a Juno nominated songwriter and recording artist with a music career that spans over two decades. Born in rural Quebec to parents from Pakistan and Fiji, Tariq grew up on a healthy diet of Bollywood soundtracks. Then, in high school, he got his hands on a guitar and started writing songs which sounded more like Cat Stevens and Neil Young than Mohammed Rafi.

By the end of the nineties, Tariq had released two full-length albums, Splat, and The Basement Songs. The Basement Songs, which came out on EMI Music Canada, earned him national radio play as well as a Juno nomination for “Best New Solo Artist.”

Into the early aughts, Tariq went on to release more music—two albums and one EP—independently and through small imprints. In 2009, he joined the ranks of the Vancouver based band, Brasstronaut. Since joining, this critically acclaimed act has been putting out music and touring extensively in both Canada and in Europe in support of their records.

Tariq’s latest offering is Telegrams, his fifth full-length album and follow up to the 2013 Moonwalker EP. On Telegrams, the songs feel a bit like short stories, hence the title—three-and-a-half minute snippets of fictional lives. A fan of short fiction, Tariq found characters in stories by some of his favourite authors, like Lorrie Moore and Roberto Bolaño, and cast them as leads in his songs. Written in his apartment on an acoustic guitar, the songs were eventually shaped by a band who helped him envision fresh tempos, feels, and arrangements, adding layers of texture and melody. The result is a ten-song album with thoughtful lyrics and singable melodies reminiscent of artists like The Mountain Goats, and John K. Samson. 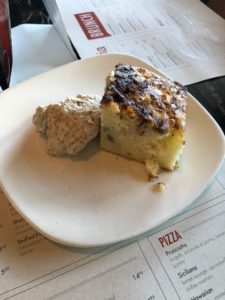 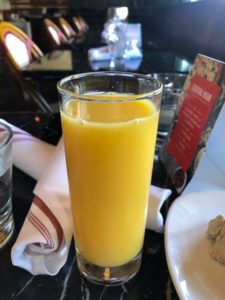 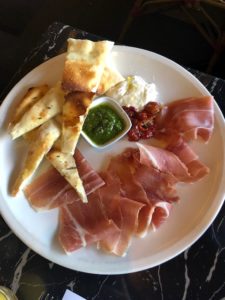 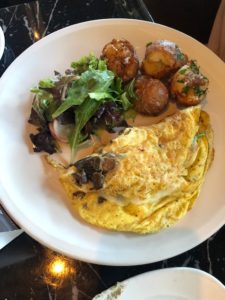 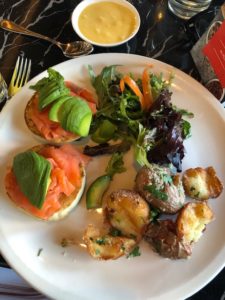 Tariq had a decaf coffee while Richard had an Orange Juice to start while both enjoying the complementary Tiramisu loaf. Tariq and Richard then shared the Burrata & Prosciutto with prosciutto di parma, pesto, marinated tomatoes, forno bread. Tariq had the Truffle and Mushroom Omelet for his entrée while Richard a Smoked Salmon Benny without the egg, plus avocado.

I want them to enjoy it, create sounds people can go back to. The genre has repeated, music you tend to listen to over and over. Gut instinct, emotional and connection that motivates people to want to listen.

Tiny Lights Music Festival near Nelson in June, played twice over the weekend.

Brasstronaut Band members – I learned a lot from playing with these musicians (our band started in 2009).

The craft and structure of songs. How do you create surprise and intrigue in a song. Interesting possibilities using the same building pilons.