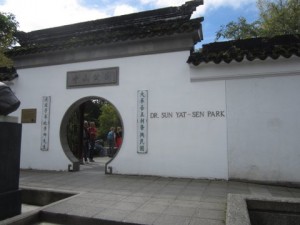 Partaking in this tour of Chinatown with Robert Sung should have never taken me so long, having known Robert for the past couple of years, it took about that much time to finally join one of his tours. I discovered many new places in the city that I have lived in all my life, learned a few things and was thoroughly entertained by Robert Sung who lead this tour! 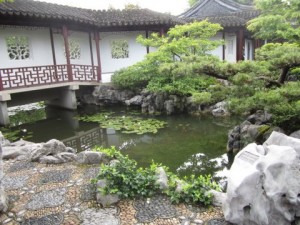 The tour began at the Dr. Sun Yat-Sen Classical Chinese Garden in the heart of Chinatown which was incorporated in 1981, is a self-sustaining, not-for-profit organization with the mandate to maintain and enhance the bridge of understanding between Chinese and Western cultures, promote Chinese culture generally and be an integral part of the local community. 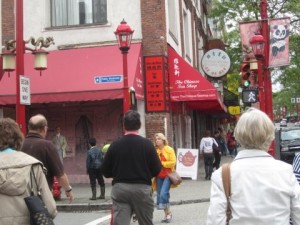 From there we walked through Chinatown towards The Chinese Tea Shop, I was already intrigued as this was the 2nd spot I hadn’t previously visited. Personally I was happy to be visiting as part of a tour, as I was able to benefit from Robert organizing the tea tasting ceremony for all of us. 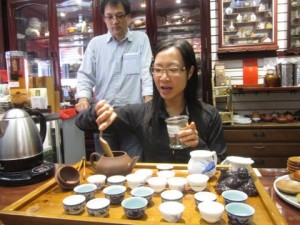 Here we were treated to a traditional Chinese Tea Ceremony (Gong-Fu Cha) lead by the owners who served us mini-tea cups and did a 5 wave tea pour to show us the different tastes of the tea leaves. We had a chance to tour the shop looking at all of their teas and wares. 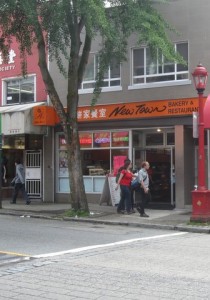 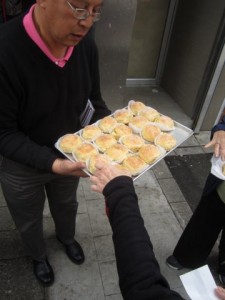 Back through Chinatown walking through the streets on to our next stop, the famous New Town Bakery for their popular Apple Tarts (they sell over 1000 of these tarts daily). Here we had an opportunity to eat one of these yummy tarts which was the perfect snack. 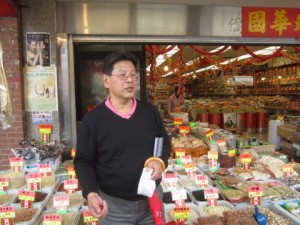 Robert Sung with a handful of Goji Berries

From here we walked up the street into one of their specialty markets where we had an opportunity to try some of the Japanese Plums and Goji Berries. 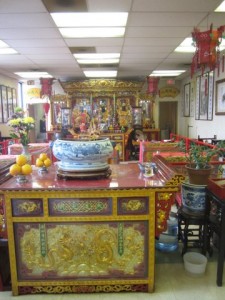 Next stop was to the Taoist Temple where we climbed the stairs to the sacred place and learned about their collection of artifacts. 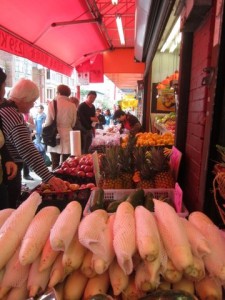 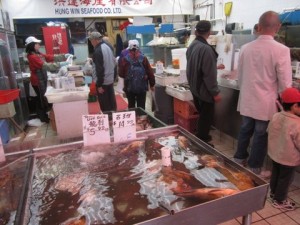 Then it was off to the butcher shop, followed by the seafood market where we were able to see the live tanks that were filled with crab and fish. 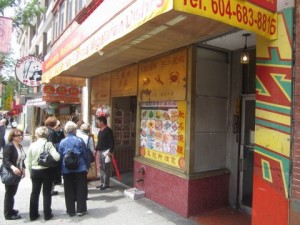 Finally we were off to have Dim Sum at Jade Dynasty (this stop was an extra cost for the lunch). Sitting around a large table, we were served hot tea. Then dish after dish arrived to the table for us all to eat and enjoy! 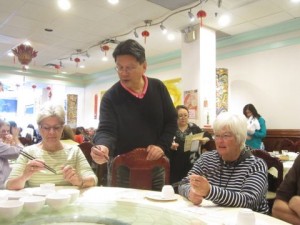 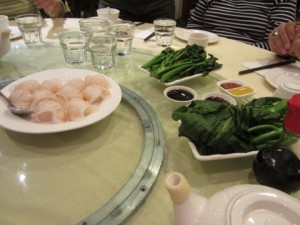 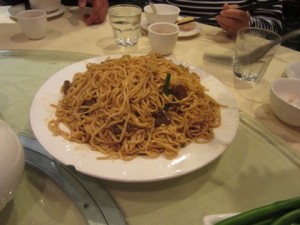 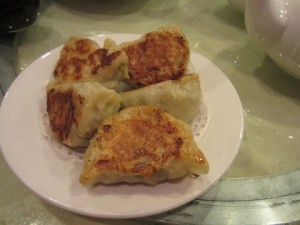 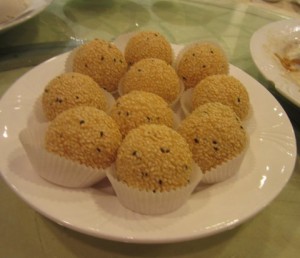 I loved the Gai Lan, Shrimp Dumplings, Chinese Noodles, Pan Fried Dumplings as well as the Sesame Balls for dessert. This was the only place that I had been to previously along with New Town Bakery, all of the other places that we visited on this informative cultural and culinary tour were all knew to me. This is exactly what a tour is supposed to do, highlight historical places and educate the patrons who take the tour.

I highly recommend taking this tour A Walk Around Chinatown with Robert Sung, you can find out all the details of his tours along with prices online here http://www.awokaround.com/