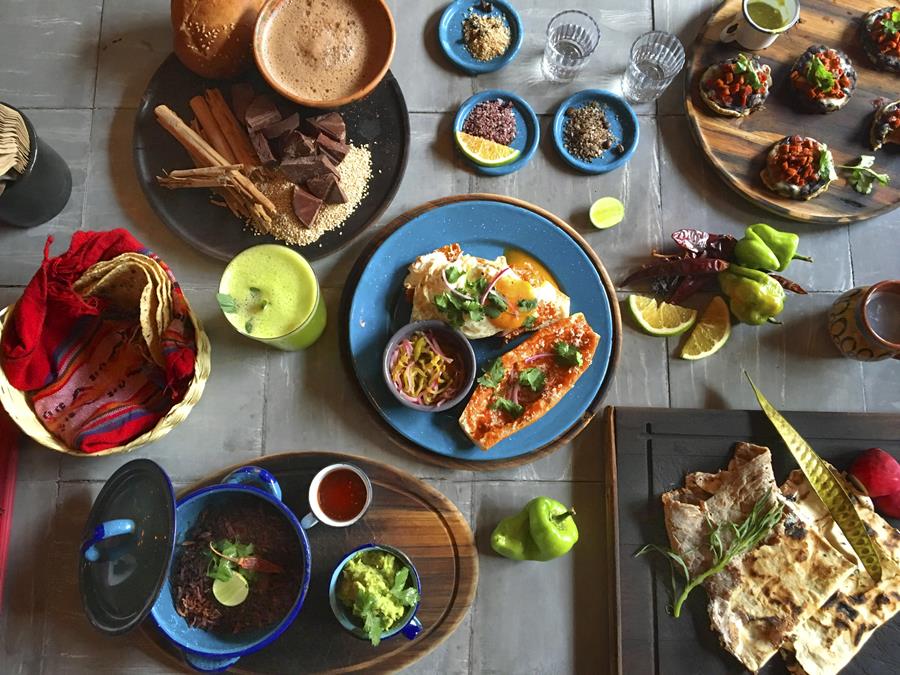 I am truly excited for this, as a lover of Mexican food, it is rare to be able to enjoy traditional dishes just as they would be presented if you dined in one of the top Mexican restaurants in Mexico City. From December 8th through 10th, Sabores CDMX events (Flavours of Mexico City) will see three of Mexico City’s top chefs take over the kitchens of Vancouver restaurants to share culinary highlights from their home region. Chef Andrea Carlson’s Burdock & Co. will host Chef Mario Espinosa; Cacao’s Chef Jefferson Alvarez will cook with Chef Gerardo Vázquez Lugo; and Chef Tret Jordan will share the kitchen at Homer Street Cafe and Bar with Chef José Manuel Baños.

Each notable Mexican chef will serve a set menu for all three nights: December 8th, 9th, and 10th. Guests can expect to taste regional dishes native to Mexico, featuring specialty ingredients and Mexican delicacies. The high-end chefs will pay tribute to their heritage with traditional methods and authentic recipes, reinterpreting them on the plate to produce innovative modern cuisine. Set menu prices will vary.

Chef José Manuel Baños grew up in Oaxaca, Mexico, where he inherited a love of food and cooking from his grandmother. After attending culinary school he travelled to Europe, where he spent time in the kitchens of some of the world’s most lauded restaurants, including Arzak and El Bulli. Returning to Mexico, he opened his first restaurant, the award-winning Pitiona Cocina de Autor, and followed this success in 2015 with a second venture, Aguamiel, a traditional Oaxacan tlayudería. Homer Street Cafe and Bar’s Chef Tret Jordan will host Chef Baños on December 8th, 9th, and 10th.

Chef Mario Espinosa of La Encomienda Polanco was born into a family of cooks, and began his career in the kitchen where his father worked as a chef. In 2005 he began working in kitchens under Chef Enrique Olvera, known as one of the world’s best chefs. Chef Espinosa has made a name for himself as a consultant, corporate chef, and as the owner of K’u’uk, named Travel & Leisure’s Best New Restaurant of 2013. He now oversees the kitchens of Rosa Sur 32º and Mexico City’s La Encomienda, where he specializes in regional ingredients cooked by traditional methods. Burdock & Co.’s Chef Andrea Carlson will be joined by Chef Espinosa on December 8th, 9th, and 10th.

Chef Gerardo Vázquez Lugo leads Mexico City’s Restaurante Nicos, named one of San Pellegrino’s World’s 50 Best Restaurants in Latin America in 2016. The restaurant, which has been in the family for decades, was transformed under his influence when he took over the kitchen in 2006. Under Chef Gerardo, Nicos was revamped from a humble family restaurant to a high-end establishment featuring a progressive menu, giving nods to traditional cooking and recipes. Vancouverites will enjoy the cooking of Chef Lugo and Chef Jefferson Alvarez at Cacao on December 8th, 9th, and 10th. Make your reservations as soon as you can as this is one you aren’t going to want to miss if you love Mexican cuisine.